LISTEN TO THE TRACK HERE: https://MarcAlmond.lnk.to/SlowBurnLovePR 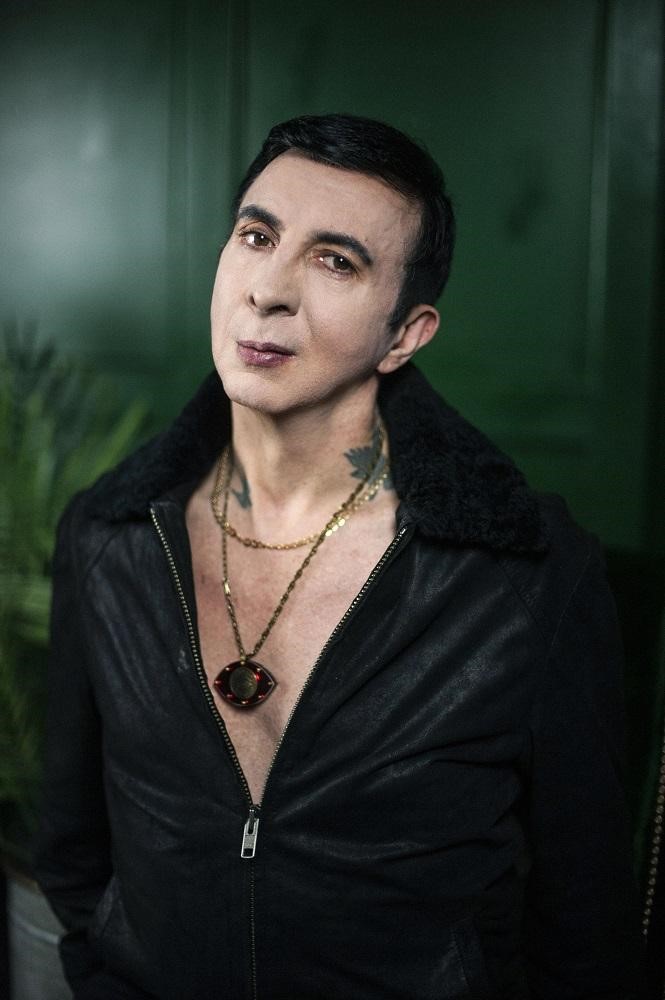 Having previewed his forthcoming album ‘Chaos and a Dancing Star’ with the recent tracks ‘Hollywood Forever’ and ‘Lord of Misrule’, Marc Almond starts 2020 by unveiling its lead single ‘Slow Burn Love’.

In an album in which impermanence is a recurring motif, the joyous ‘Slow Burn Love’ provides light amongst the darkness. Powered by Marc’s joyous lead vocal, the track captures the most pop-leaning side of his eclectic songwriting ability. Expressing hope of finding an ever-lasting love rather than one that’s “over before you blink your eyes,” ‘Slow Burn Love’ is a positive counterpoint to the themes of romantic disappointment that have often inspired his lyrics.

‘Slow Burn Love’ was premiered by Ken Bruce on BBC Radio 2 this morning. The track will be accompanied by an accompanying video which will be launched at YouTube later today. Full of ‘80s-tinged visual flair, it sizzles with Marc’s trademark charisma.

Crafted in collaboration with Ivor Novello-winner Chris Braide (Sia, Lana Del Rey, Halsey) ‘Chaos and a Dancing Star’ provides another twist in the unorthodox artistry that’s become a hallmark of Almond’s career. The title plays on a quote from Nietzsche’s ‘Thus Spoke Zarathustra’: “One must still have chaos in oneself to be able to give birth to a dancing star.” Essentially, art, music and creative expression comes from personal experiences of repression or turmoil. It’s a statement that has informed everything that Almond crafts, and one that he wants placed on his gravestone.

The album looks set to add another vital new chapter to Marc Almond’s recent resurgence. His 2017’s retrospective ‘Hit & Pieces’ saw him return to the Top 10 of the album charts, and it was followed by the critically acclaimed ‘Shadows and Reflections’ set, which became the highest charting solo album of his career so far. He also reunited with David Ball to say goodbye to Soft Cell with an emotional sold-out show at London’s O2.

Between his enduringly successful solo career and initial rise with Soft Cell, Marc Almond has amassed 30 million sales in a career spanning 40 years. He’s landed two #1 hits in the shape of the Soft Cell classic ‘Tainted Love’ and his solo smash ‘Something’s Gotten Hold of My Heart’ (featuring Gene Pitney) plus a further seven Top 10 singles and five Top 10 albums.

‘Chaos and a Dancing Star’ is available to pre-order from https://marcalmond.lnk.to/ChaosPR, with ‘Slow Burn Love’, ‘Hollywood Forever’ and ‘Lord of Misrule’ provided as instant downloads.

Marc Almond and Chris Braide will play their first show together at the Royal Festival Hall on February 10th. It promises to be a special event which will cover some of Almond’s most loved tracks, songs which Braide has written for other artists, material from the new album and some special guest appearances. Tickets are available from https://www.southbankcentre.co.uk/whats-on/136497-marc-almond-special-guest-chris-braide-2020.