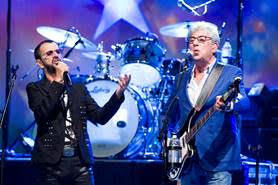 10cc’s Graham Gouldman will embark on a run of UK tour dates in March and April 2020 to coincide with the release of his first solo album in eight years.

Long-established as one of the world’s greatest songwriters, Graham’s 14-date tour with his semi-acoustic band Heart Full of Songs begins in Gateshead on 19th March and ends in Cardiff on 4th April, including a date at London’s Union Chapel on 26th March.

Graham’s new solo album – the fifth of his career, and his first since 2012’s ‘Love And Work’ – is scheduled for release on 20th March on British independent record label Lojinx.

With 10cc tours enjoying ever-increasing success around the world, in 2018 Graham was invited by The Beatles’ drummer Ringo Starr to join his All Starr Band for tours of Europe and the USA, during which the band played three 10cc songs, elevating Graham’s profile yet further.

That relationship continues, with Ringo making a very special guest appearance on Graham’s new album, playing drums on a song called ‘Standing Next To Me’. 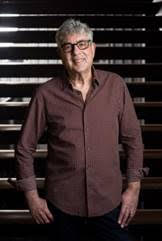 Graham said, “Playing with Ringo Starr and The All Starr Band was absolutely brilliant, and having Ringo play drums on one of my new album’s songs was the icing on the cake. The song is about how I came to be asked to join his band, and about my experience of being on the road with Ringo alongside Steve Lukather, Colin Hay, Gregg Rolie, Warren Ham and Gregg Bissonette, who also plays drums on three of the album’s tracks.”

When Graham formed what became Heart Full of Songs it was purely for the pleasure of playing his songs in their simplest form: acoustically. The format became so popular that the acoustic four-piece undertook its first concert tour in April-May 2013.

The band now tours across Belgium, Germany, Holland and the UK and comprises Graham, Ciaran Jeremiah, Dave Cobby and either Iain Hornal, Nick Kendal or Andy Park, depending on their various commitments.

For lovers of perfectly-crafted music performed by the composer, a Heart Full of Songs concert is truly an exquisite experience, featuring 10cc classics such as I’m Not In Love, Dreadlock Holiday and The Things We Do For Love, Bus Stop – a hit for The Hollies, For Your Love (The Yardbirds) and Bridge To Your Heart (Wax), along with some new material.

That was followed in 2015 by Broadcast Music Incorporated in the US anointed him an Icon of the Industry at a special ceremony in London, where he wowed the audience with an acoustic rendition of I’m Not In Love, accompanied by Lisa Stansfield on vocals.

Around that time, Graham got another unexpected lift. It happened backstage at the UK’s Cropredy Festival when Robert Plant walked up and thanked him for writing one of the songs that got him through the audition to join Led Zeppelin. The song was For Your Love.

Looking ahead to the tour, Graham said, “I always love taking my Heart Full Of Songs show on tour. Acoustic performances always create a very intimate atmosphere where every song – which is what it’s all about – can truly be heard. It also gives me a chance to explain how the songs came about and something of the writing process. We’ll see you there.”

Tickets are available from all venues, ticket agencies and www.grahamgouldman.info