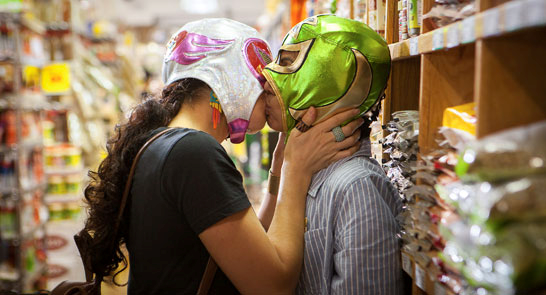 This spring, Exeter Phoenix and Exeter Pride are celebrating love, life and LGBT+ with Cine Queer – a new film season at Studio 74 as part of Exeter Pride’s 10th Anniversary. In a cinematic celebration of diversity and acceptance, this special film season will feature new releases, cult classics, documentary, panel discussions and more.

Cine Queer season opens on Friday 20th April with French film 120 BPM, an exhilarating drama following the actions of Parisian AIDS activists in the early 1990s. This screening will be accompanied by a special introduction about those living with or affected by HIV. The season runs until Tuesday 15th May, where it will conclude with the visually spectacular film The Wound.

Cine Queer will also feature screenings of groundbreaking new release Love, Simon, the first studio-made teen rom-com featuring a gay protagonist. A special event for drag performance documentary Kings, Queens and In-Betweens will be followed by a panel discussion on gender ambiguity with guests, The Ambiguous-A and Alyssa Van Delle, from the South West’s own drag scene. Screenings of cult-classic But I’m A Cheerleader and the eye-opening Signature Move complete the season.

Speaking this week, the season’s programmer Alix Taylor said ‘Exeter Phoenix is proud to be marking Exeter Pride’s 10th Anniversary with this brand new film season, which firmly place LGBT+ cinema in Studio 74 and opens our programme up to a wider, more diverse audience.’

Exeter Pride, one of the South West’s biggest celebrations of lesbian, gay, bisexual and transgender (LGBT+) communities, will take place at venues across Exeter on Saturday 12th May. The day promises to be an explosion of colour, positivity and pride.