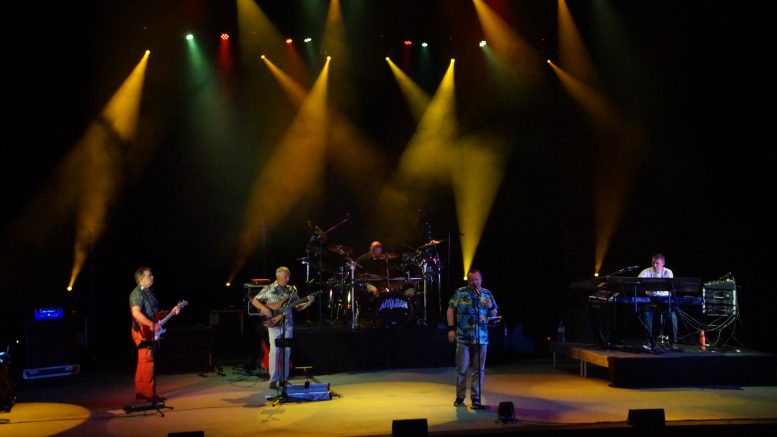 Formed in 2012, by seasoned musicians, ‘Afterglow’ covers the music Genesis played once Phil Collins took on vocal duties. The earlier Gabriel period is well supported by numerous tribute bands but there isn’t much opportunity to hear those later tracks that are equally popular with most Genesis fans.  Afterglow are returning to the popular Torquay venue, the Babbacombe Theatre, this season, after staging a stunning and much appreciated concert in 2018. They will be appearing for one night only on Friday 20th September at 7.30pm.

They are not the kind of tribute act that attempts to re-enact a tour or even look like the original artists but rather to recreate the music that Genesis played over the years. So, don’t expect costumes or Mellotrons catching fire. Do expect to hear the music played with authentic sounds and fastidious detail. Everything from A Trick of the Tail right up to We Can’t Dance… with a few oldies thrown in for good measure!

To book your tickets, contact the venue’s Box Office directly on 01803 328385 or online at www.babbacombe-theatre.com