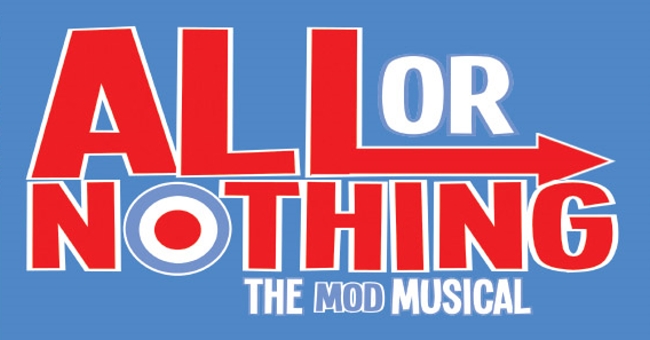 ALL OR NOTHING, the new Small Faces musical sensation, will tour the UK in 2017 on its second major outing. 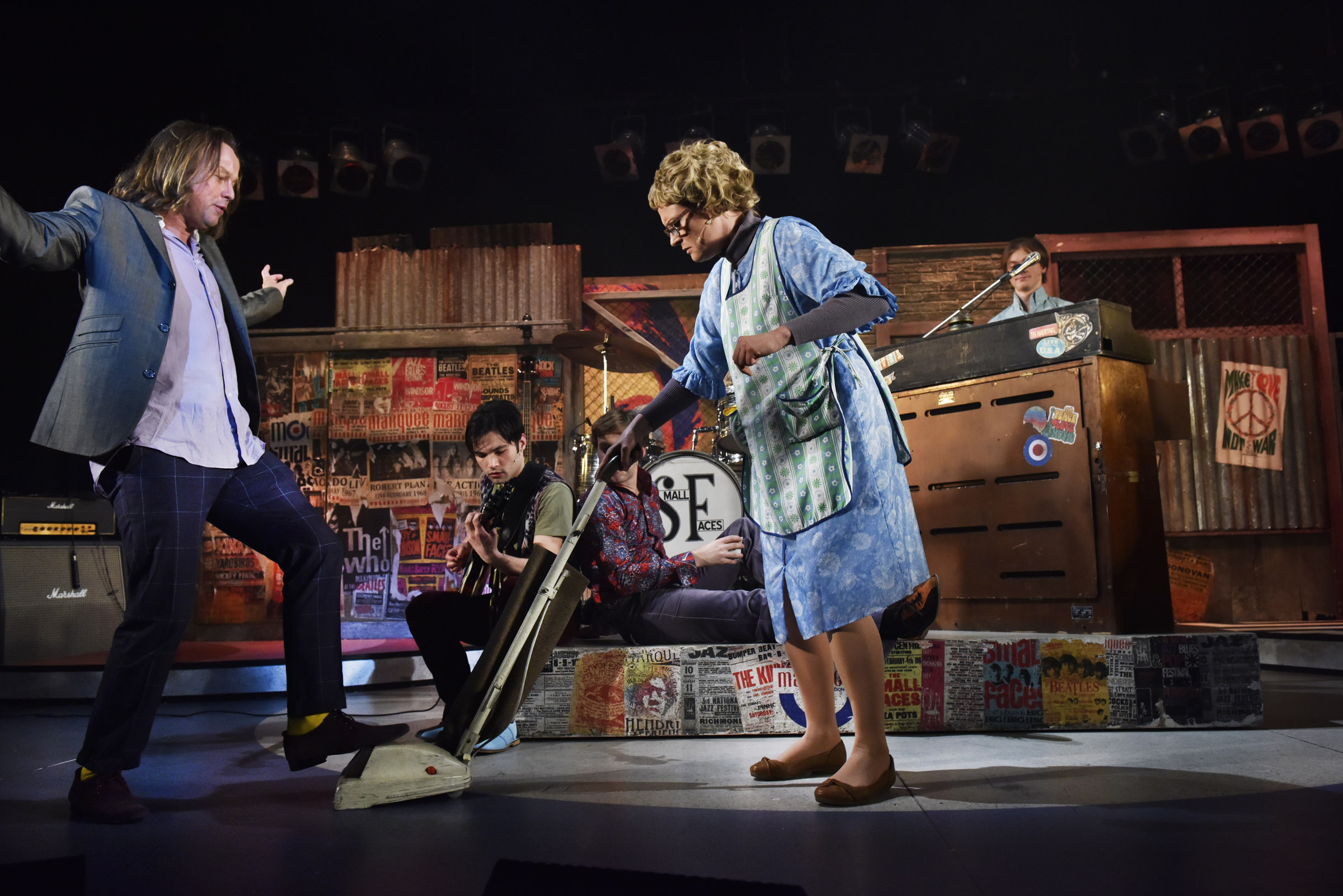 The show opened to critical acclaim and nightly standing ovations at the Vaults Theatre in London in March 2016 and extended its sold-out run before embarking on its first UK tour, opening at The Hawth Crawley and playing through to November at venues including the Manchester Opera House, Theatre Royal Norwich and the Rose Theatre Kingston, with its final performance at the Forum Theatre in Billingham.

The second UK tour will kick off in Chelmsford at the Civic Theatre on 29 March 2017 before taking to the road and visiting venues including the New Alexandra Theatre Birmingham, Theatre Royal Glasgow, Belgrade Theatre Coventry, Rose Theatre Kingston, Hall for Cornwall, Churchill Theatre Bromley and Theatre Royal Brighton (full list in Listings Information). 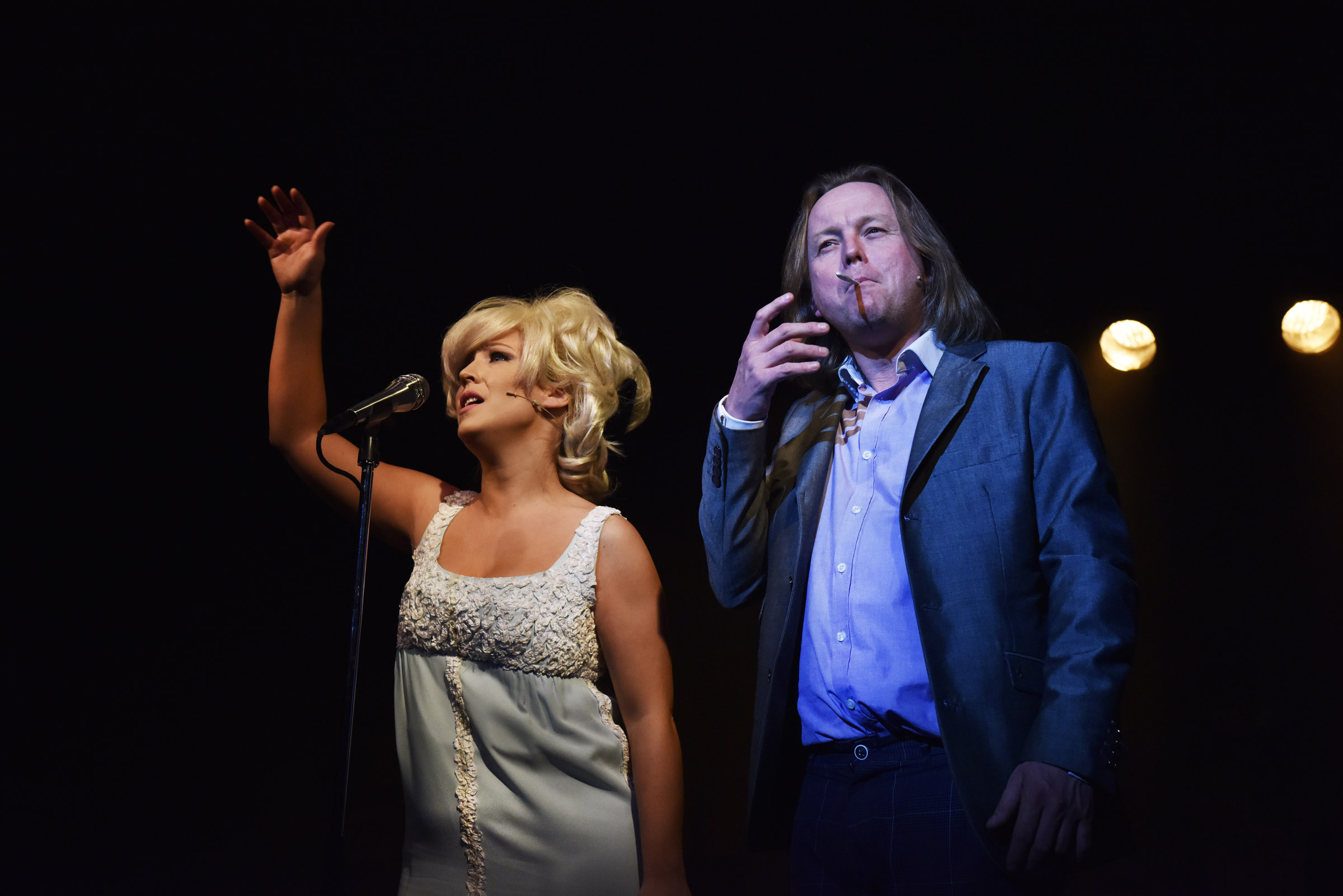 Carol Harrison said “It’s a real honour to be able to bring the extraordinary world of The Small Faces back to the fans and to a brand new audience, young and old.  Audiences have embraced the chance to enjoy a bit of mod nostalgia and the critics have all acknowledged the vivid underground vibe on stage as we bring the 60s scene into sharp focus.  Our live band and cast tell the story of the rise and fall of the band, a journey as colourful as their sound, and get to showcase an amazing catalogue of music – hard edged R&B. This is music which influenced a generation of musicians from Paul Weller and The Jam to Oasis, Blur, The Verve and The Arctic Monkeys, not to mention millions of fans. We’ve found an amazingly loyal fan base and are thrilled to be bringing the show back across England, into Wales and into Scotland for the first time.  Book now– it’s truly an experience of a lifetime!” 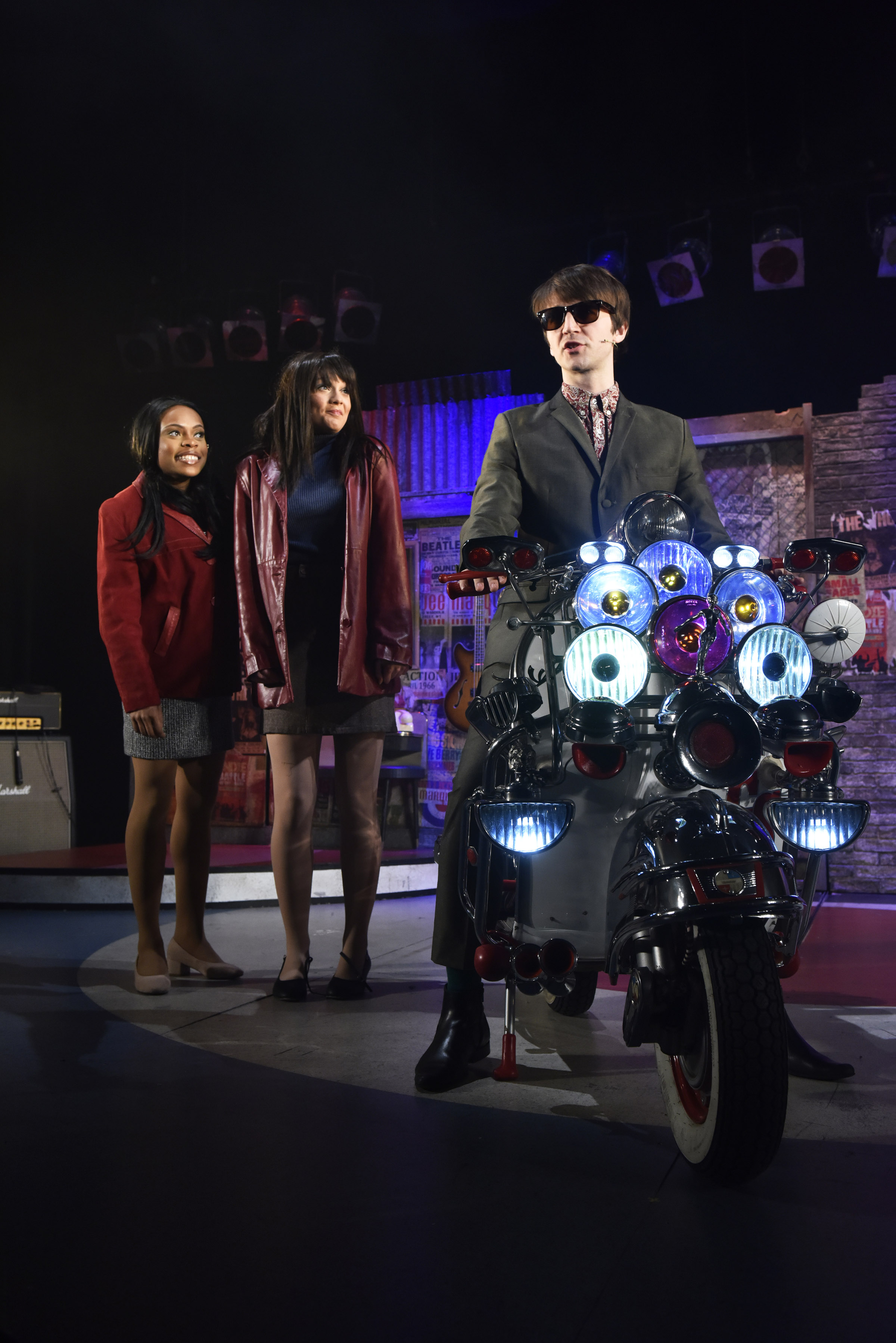 Chris Simmons is probably best known for playing the role of DC Mickey Webb for over twelve years in the long running ITV series The Bill. He has also appeared in EastEnders as Mark Garland, a love interest for Kat Moon and in the Tracy Beaker spin-off CBBC show, The Dumping Ground. Russell Floyd first came to public attention as market inspector Michael Rose in EastEnders a role he played from 1996 to 1999, and subsequently played DC Ken Drummond in the ITV police drama, The Bill, from 2002 to 2005. He also starred in Jonathan Ford’s 2016 movie Offensive.

The Sunday Express calls the show, “A smile-inducing night of Mod nostalgia” with The Daily Mail’s Richard Littlejohn adding, “There are some great gags, the music is marvellous” and the Daily Telegraph agreeing that “All or Nothing delivers the goods. At once cheeky and reverential”.

Written by the award-winning actress Carol Harrison, ALL OR NOTHING tells the electrifying yet bittersweet tale of Kenney Jones, Ian McLagan, Ronnie Lane and Steve Marriott; four charismatic young kids from East London with humour, attitude, passion and above all talent. They became The Small Faces and were rocketed into the big time, only to discover the path to fantastic success is paved with exploitation, betrayal and ultimately tragedy. 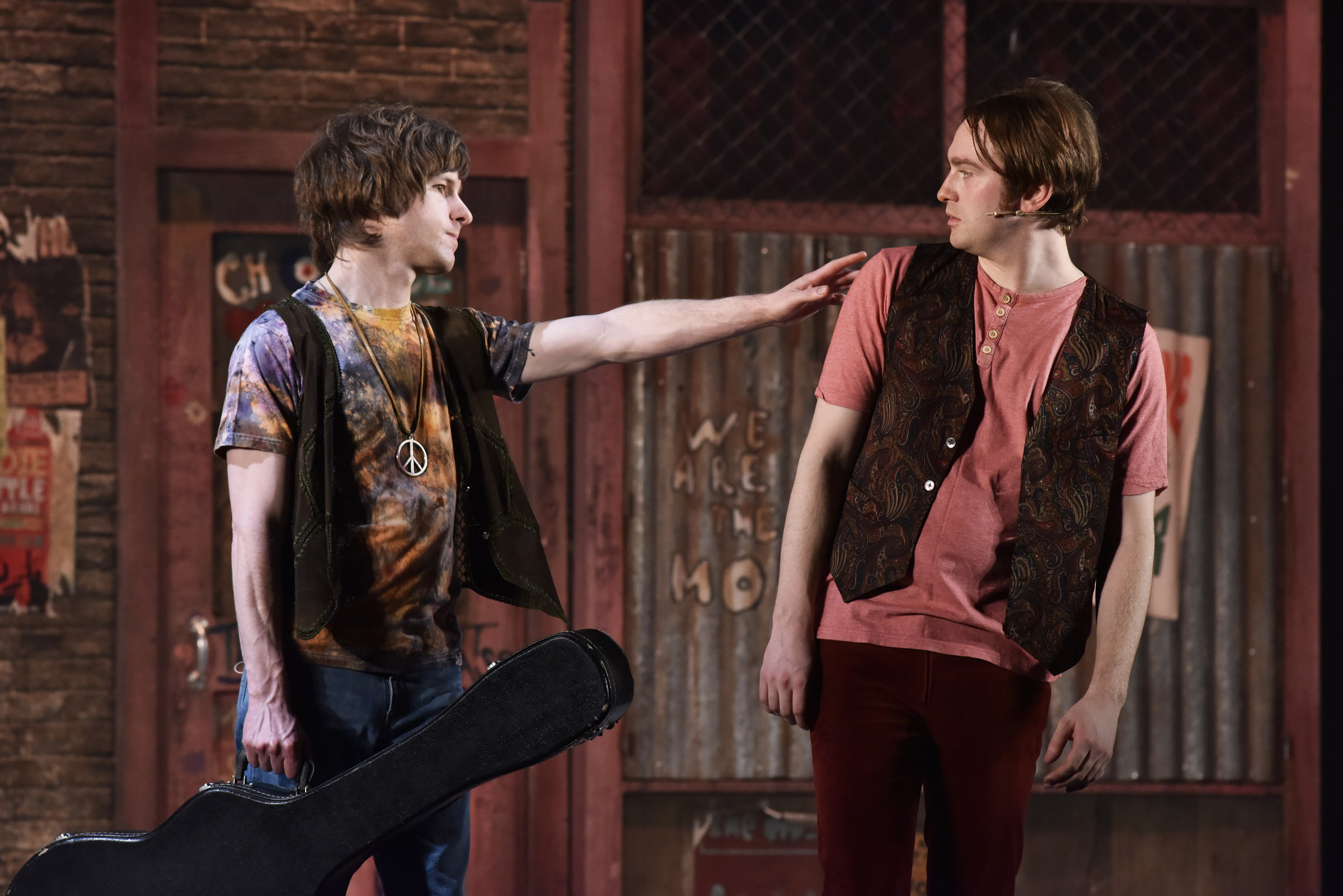 ALL OR NOTHING celebrates the unique sound of the iconic Mod band.  The musical is packed full of all the timeless hits, including the brilliant Whatcha Gonna Do About It, Tin Soldier, Lazy Sunday, Here Comes the Nice, Itchycoo Park and of course All or Nothing.

In 1964, a new phenomenon exploded on to the dingy British streets. It was the essence of all that was cool. It was Mod. Mods stuck two fingers up at the class-ridden society and its dull redundant culture. They were working-class free spirits who rode sexy streamlined Italian Vespas or Lambrettas. The sharpest Mod of all was known as a ‘face’. The Small Faces encapsulated all that is Mod, a unique blend of taste and testosterone, neat, clothes obsessed, and streetwise. But these cult sophisticates shared another passion, their dedication to ‘Rhythm and Blues.’

Carol Harrison is an award-winning actress and writer, well known for her theatre and TV work. Carol is probably best known as the exciting, fiery and passionate Louise Raymond in Eastenders.  The storyline between her and son-in-law Grant Mitchell gripped the nation and it was for this storyline that Eastenders won the BAFTA for ”Best Soap” for the first time. For seven years she played the incorrigible Gloria in the popular series Brushstrokes, and also starred opposite Ray Winstone as sassy Loretta in the comedy series Get Back. She also starred as Dorothy in two series of London’s Burning. Her latest TV movie Martha, Jac a Sianco for S4C won six BAFTA awards.

The show is endorsed and supported by many of those who feature in its story, including singer P.P. Arnold and Steve Marriott’s daughter Mollie Marriott, who is the show’s vocal coach. 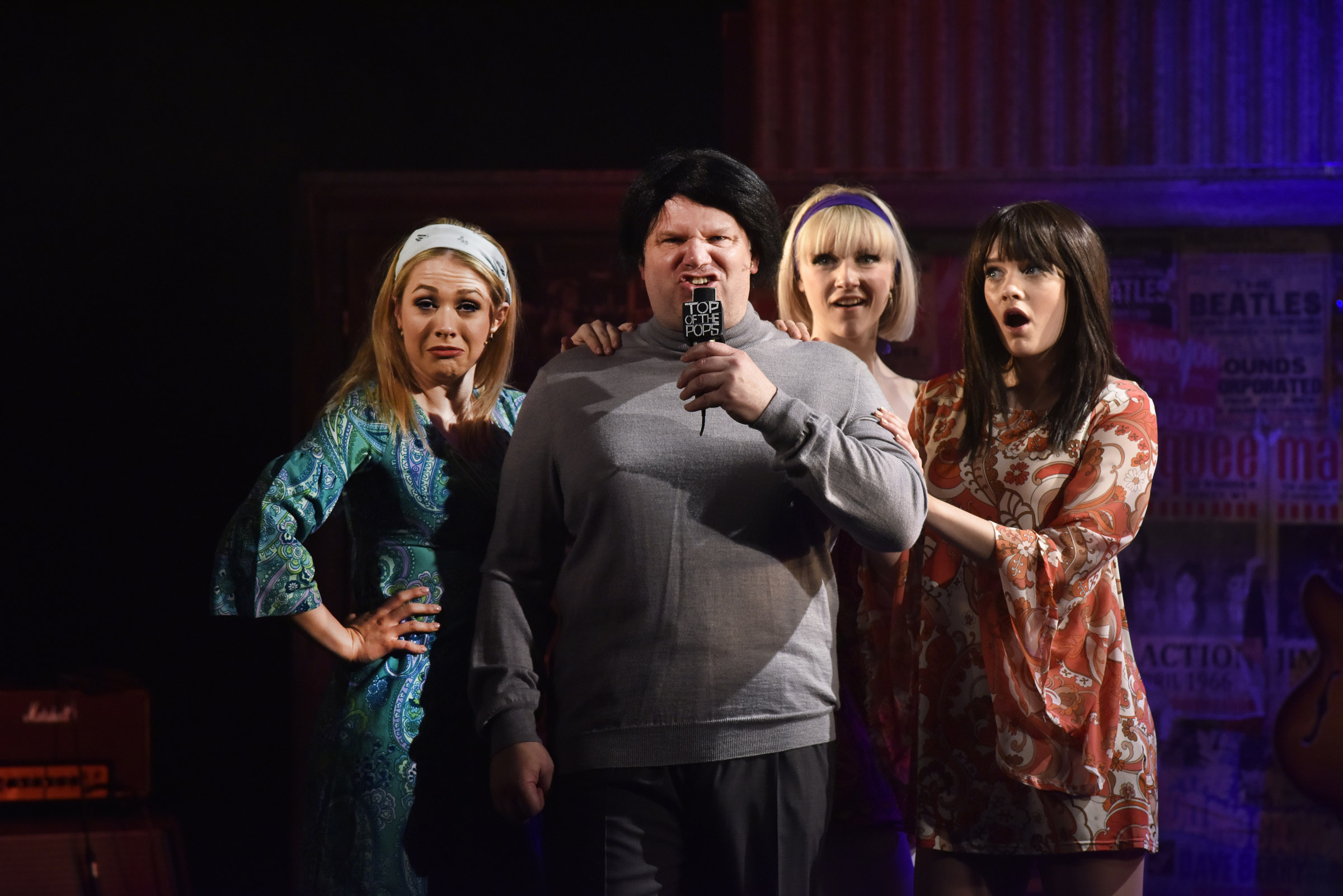 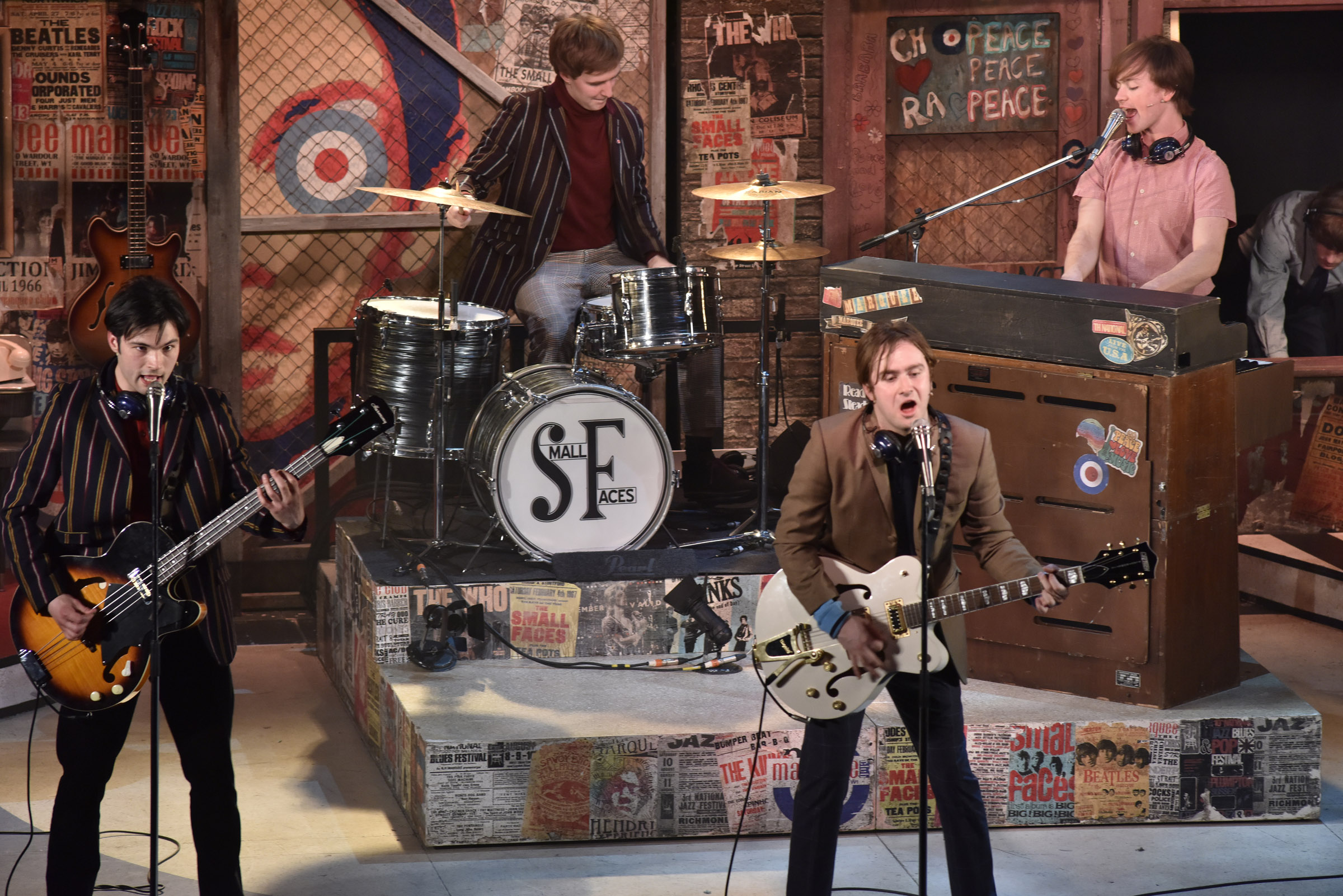 ALL OR NOTHING – THE QUOTES

The Daily Star Sunday, “Funny fiery and brave… you’ll have a rocking night out”,

The Mail on Sunday “Entertainingly written… full of energy”.

The Stage, “The group capture that unmistakable mix of anger and arrogance that defined the Mod sound.”

West End Wilma, “If you’re looking for a fun night out and some good old British Pop culture- get your tickets!”

MusicalTheatreReview.com, “It stands proud above the others (despite the band’s diminutive stature)”

You can catch All or Nothing locally at the Princess Theatre, Torquay 2nd-4th November
www.atgtickets.com/torquay – 0844 871 3023