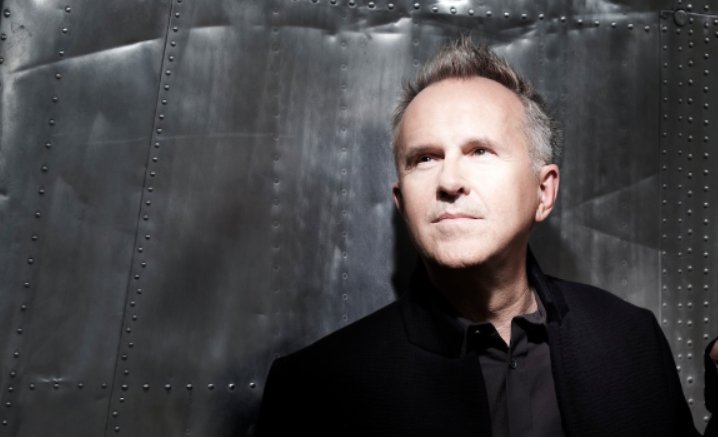 It was in 1983 that Howard Jones first burst upon the contemporary music scene with his very English songwriting, pioneering synthesizers and thought provoking lyrics. He set out his manifesto in his very first single ‘ New Song’. The lyrics called on the listener to challenge their preconceived ideas, to see both sides and ‘throw off your mental chains’. New Song was recently used in a pivotal scene in ‘Breaking Bad’ where Aaron Paul’s character Jessie Pinkman questions if he wants to ‘play by the rules’. New Song peaked at number 3 in the UK singles charts.

Along with ‘New Song’, The first two albums, ‘Humans Lib’ and ‘Dream into Action’, brought Howard a host of hits including ‘Things Can Only Get Better’, ‘What is Love?’, ‘Pearl In The Shell’, ‘Like to Get To know You Well’, ‘Hide And Seek’ (performed at Live Aid), ‘Look Mama’ and ‘No One Is To Blame’, which reached No.1 in the US.

Howard has sold over 8 million albums across the globe and is one of a select group of British artists who have comprehensively ‘broken America’.
Howard Jones solo shows are an intimate trip through Howard’s 30 year music career. Many of his best known songs were composed on his favourite instrument; the piano. Howard shares behind the scenes stories and reveals the inspiration behind the songs in these rare acoustic shows.

Howard is supported by Elise Yuill, a Devonshire-based singer songwriter fast establishing herself in the contemporary folk scene. Elise, following successful shows in 2015 at Glastonbury festival and venues across the South West of England, will be performing songs from her debut album due for release in 2016.
7th February
EXETER – Phoenix
Box Office No:01392 667080
Website – http://www.exeterphoenix.org.uk/events/howard-jones/
Tickets – £23.50