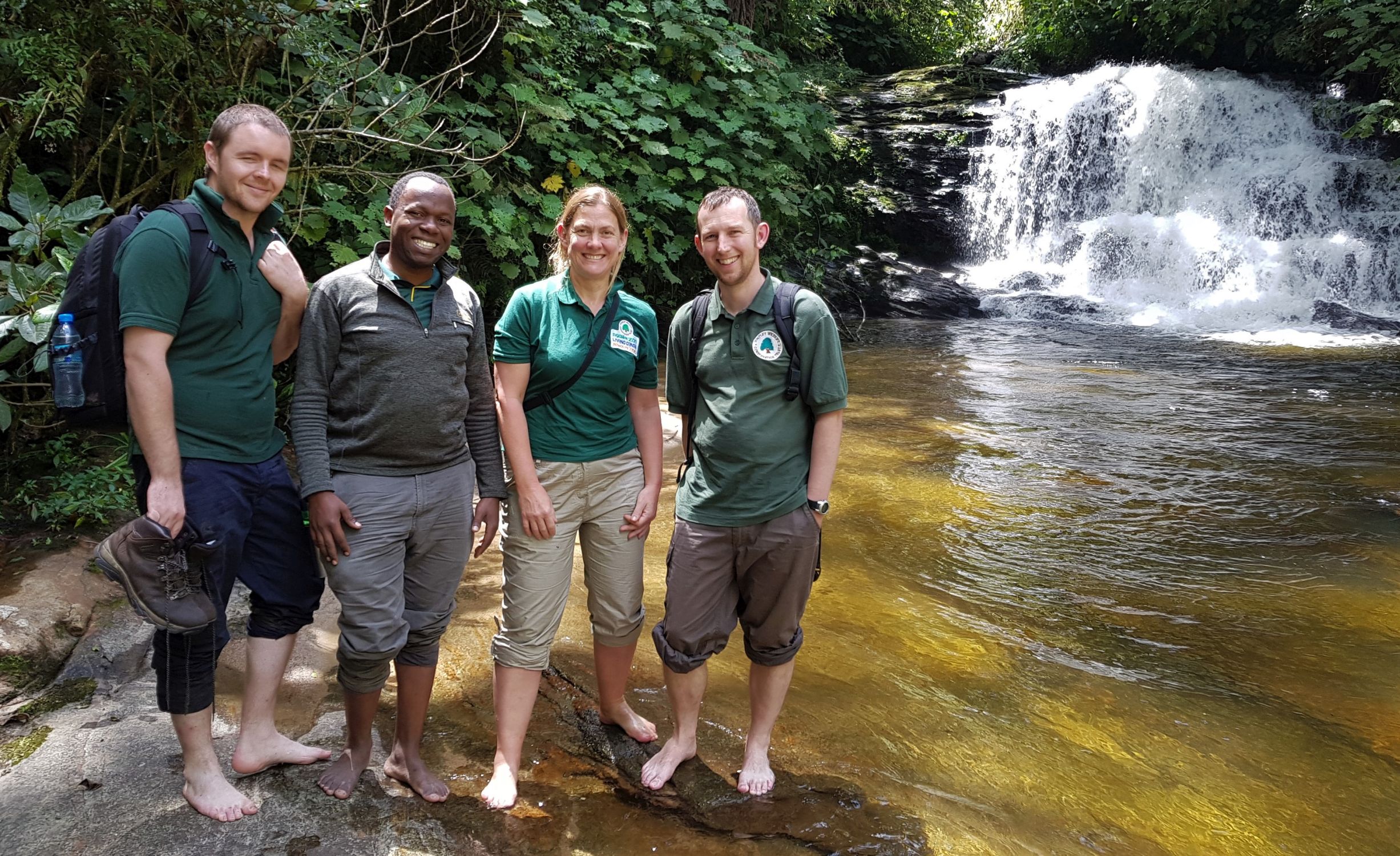 Staff from a locally-based conservation charity travelled to Africa recently to see how donations are helping to reduce illegal logging and save habitats and species.

It means money spent by tourists enjoying holidays in South West England is being turned into genuine and effective conservation work on the ground in East Africa.

The Whitley Wildlife Conservation Trust, the charity that runs Paignton Zoo, Living Coasts in Torquay and Newquay Zoo in Cornwall, has links to the Uzungwa Scarp Nature Forest Reserve in south central Tanzania.

The Uzungwa Scarp Protection Project is funding local patrols to monitor the area and enforce environmental laws. The Trust, along with partners in Italy and Tanzania, is sponsoring and equipping patrols. Dr Amy Plowman, the Director of Conservation and Education; Luke Harding, Curator of Lower Vertebrates & Invertebrates; and Dr Andrew Bowkett, Programmes Manager, spent two weeks in the country.

Andrew: “Most people have never heard of the Uzungwa Scarp Nature Forest Reserve. It’s a large area of intact forest, but it has not received adequate protection in the past and has lost much of its wildlife. Despite this, the Reserve’s remote location and steep terrain mean that it is still home to many globally threatened species, especially primates and amphibians.”

Perhaps inevitably, illegal activities threaten the biodiversity of the forests. The numbers of many mammal species in the reserve have crashed due to hunting and trapping. Meanwhile, hardwood logging and agricultural encroachment are hitting the forest’s capacity for carbon storage and watershed protection.

Andrew again: “This project aims to bolster the Tanzanian Forest Service and empower local communities to carry out effective law enforcement patrols. We’re helping to pay the guys on the ground so they can get out there and deal with the threats.

“We’ve recruited someone to coordinate field activities and provided training in using GPS and GIS, in data collection and the recording of key species. We’re putting cash into regular patrols and have kitted them out with equipment including GPS units.”

The aim is for there to be more patrols more often and for staff to be able to map and monitor illegal activities in the reserve. Additionally, the project will generate income for communities through the employment and the training of village scouts – locals who join the government rangers on patrol.

“We want to reduce illegal activities, including hunting and logging, leading to long-term increases in mammal populations. They are ambitious goals, but we have to aim high. The first WWCT patrol finished just before we arrived. Twelve people were arrested for carrying out illegal activities in the Reserve. The second patrol took place while we were there – they arrested four more people on that one.”