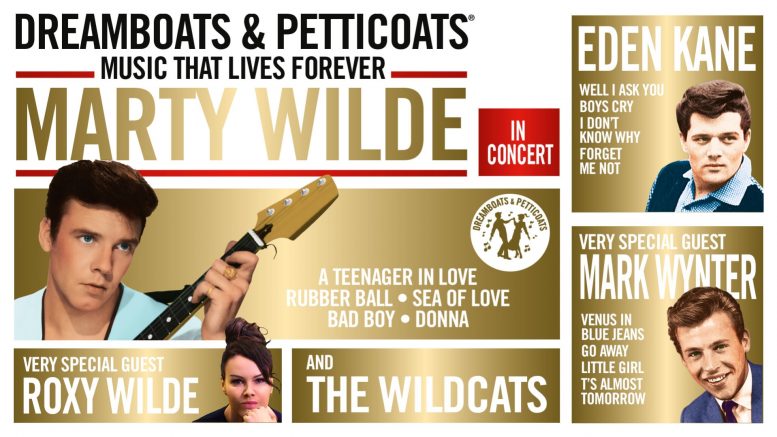 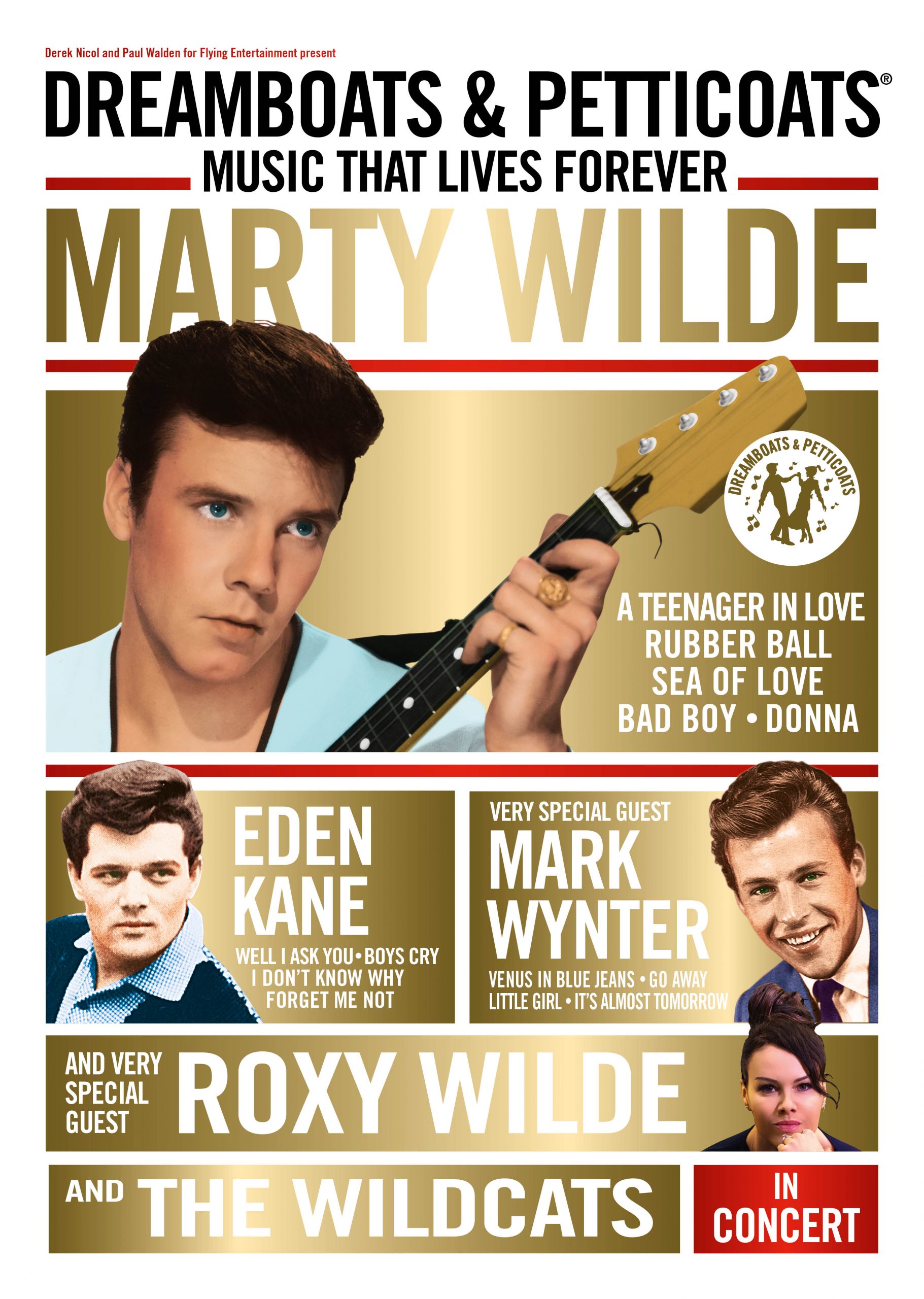 Three Icons of British Rock ‘n’ Roll are set to take fans back to the Golden Age in a special Dreamboats & Petticoats UK Tour, starting on 13th October 2020, at Liverpool’s prestigious Philharmonic Hall.

Performing their own hits and collaborating live on stage, Marty Wilde, Eden Kane and Mark Wynter, the original teen Dreamboats, will be kicking out the Rock ‘n’ Roll jams, backed by Marty’s fabulous band, The Wildcats. Joining them will be daughter Roxy Wilde. Roxy has just spent the last 10 years touring with Kylie Minogue… but will be making a special guest appearance to keep her Dad on his toes!
This new Dreamboats & Petticoats ‘Music That Lives Forever’ tour sets up a huge year for Rock & Roll:
? There will be a brand-new Dreamboats & Petticoats ‘Music That Lives Forever’ 4CD album in
October, featuring 100 hip-shaking rock ‘n’ roll smash hits.
? Marty Wilde will be releasing ‘Running Together’ – a new album of brand-new songs with
guest appearances from daughters Kim and Roxy (Spring / Summer 2020).
? Two of our stars here – Mark Wynter and Eden Kane – will be celebrating 60th showbiz
anniversaries this year.
Dreamboats & Petticoats. Rock ‘n’ Roll. This is indeed Music that Lives Forever