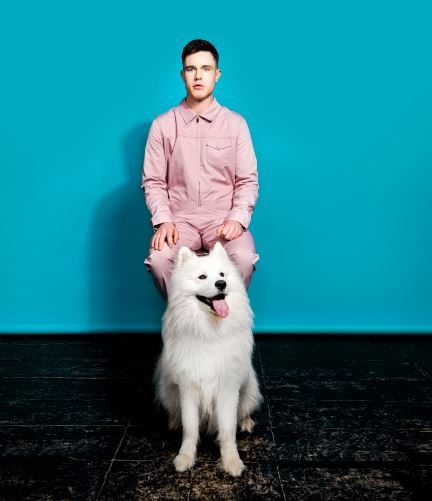 After a sellout national tour in Spring 2019, Ed Gamble’s tour has been extended and you can see him on Saturday 2nd November at 8pm in the popular south Devon venue, Babbacombe Theatre in Torquay, if you missed him earlier in the year!

Live at The Apollo (BBC2) Off of Mock the Week (BBC2), The Russell Howard Hour (Sky), Royal Variety (ITV) Comedy Central at the Comedy Store (Comedy Central), Hypothetical (Dave), Drunk History (Comedy Central), The Apprentice You’re Fired (BBC2), Man Down (Channel 4), Conan (TBS) and a short film he can’t remember the name of where he killed a man from The Bill (ITV) with a spade.

Co-host of the hugely successful Off Menu podcast, with James Acaster which has reached no.1 in the iTunes charts.

“…this is a super show from a comic who may be about to become more of a force in the game.” (Chortle on Ed Gamble’s Mammoth, 2017).

To book your tickets – note when going to press, limited availability – contact the venues Box Office on 01803 328385 OR book online: www.babbacombe-theatre.com