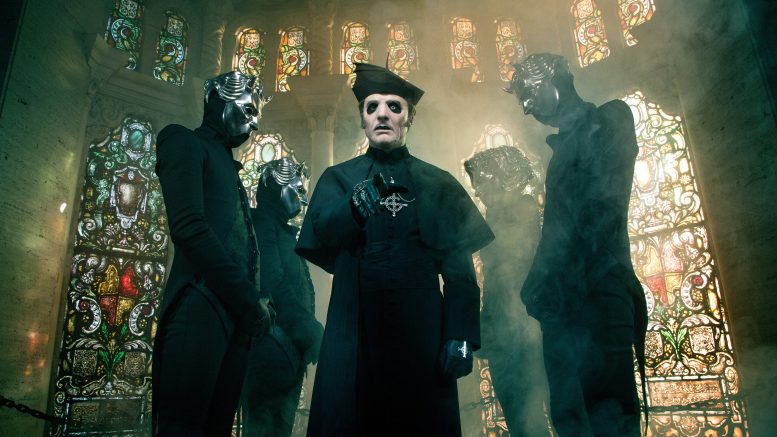 Following their coveted special guest slot on Metallica’s 26-date summer European stadium tour, “WorldWired,” and a 32-date autumn headline arena tour of North America, Ghost will bring their “Ultimate Tour Named Death” to European arenas starting November 16 at the Motorpoint Arena in Nottingham. The company will travel across the UK & Europe over a five-week period culminating in Toulouse, France on December 19.

All Them Witches and Tribulation will support on all dates.

Limited VIP packages will be available. Log on to http://ghost-official.com for all ticketing and VIP information.

The tour is in support of Ghost’s critically-acclaimed album Prequelle which earned Top 10 status in fifteen countries, received a Best Rock Album GRAMMY nomination in the US, a Swedish Grammis nomination as Best Hard Rock/Metal Record of the Year, and was named Best Album of 2018 in Kerrang!, Revolver and Metal Hammer, with Kerrang! readers themselves echoing this sentiment, voting Prequelle winner of Best Album at the annual Kerrang! Awards ceremony held in central London just last month.

With more dates to be announced, the UK & Irish itinerary for Ghost’s “The Ultimate Tour Named Death” is as follows:

Meanwhile, album track ‘Faith’ is currently A-listed at both Kerrang! and Planet Rock radio – the third single in row to make A-List across both stations. 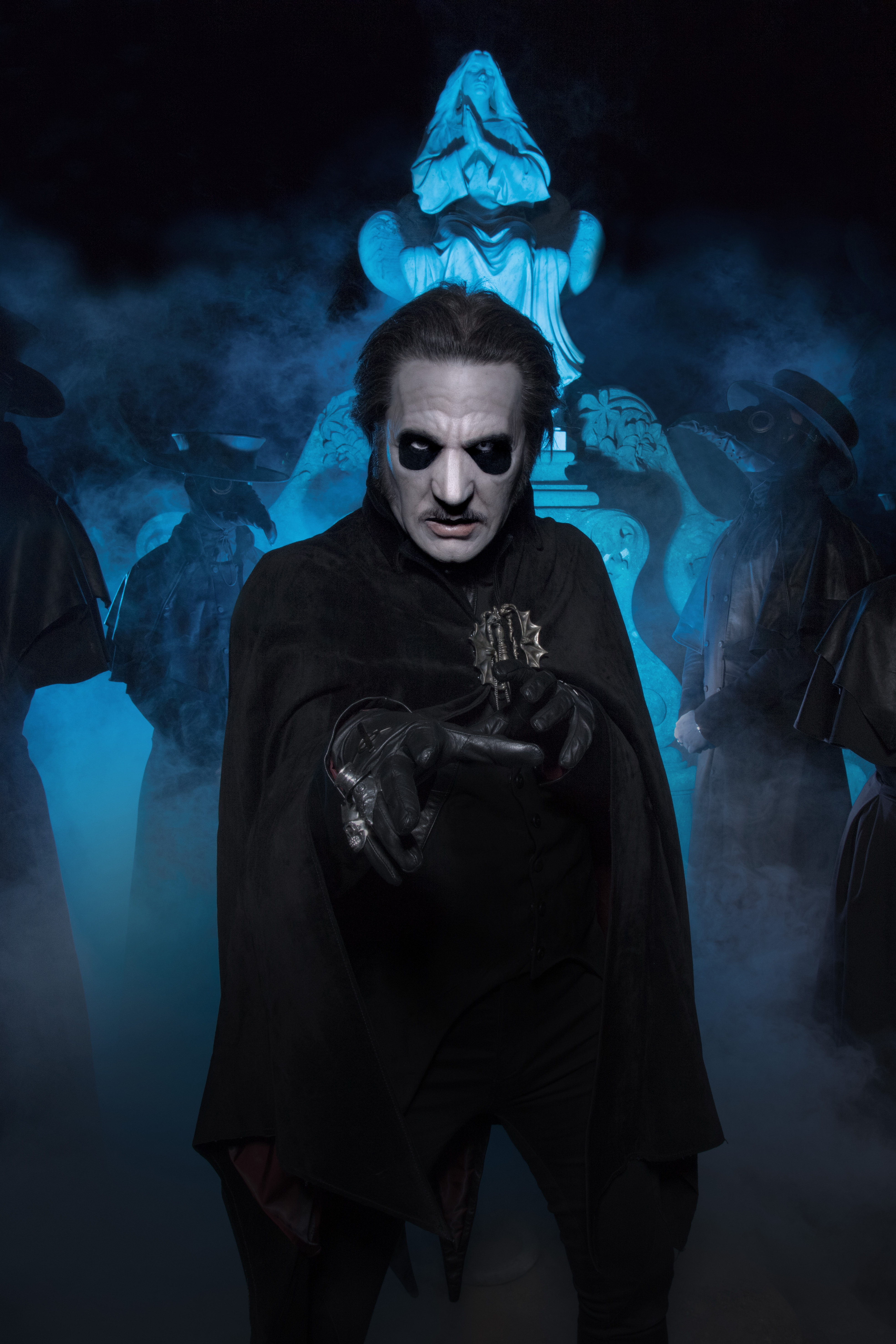 The Swedish-born Tobias Forge, who has been referred to as “the Andrew Lloyd Webber of rock,” is Ghost’s creative force, singer, songwriter, musician, and architect of the elaborate storylines that are woven through the band’s four full-length studio albums, EPs, music videos, webisodes and live shows, all of which advance the Ghost storyline. Forge grew up listening to a wide array of 70s and 80s rock – Alice Cooper, Journey, Kansas, Boston, Black Sabbath, Jefferson Starship, Iron Maiden, and Foreigner. He’s a hardcore music junkie; at home in Sweden, he has a most impressive collection of vinyl, cassettes, CDs and VHS tapes, and when on tour, he regularly arranges for visits to local record haunts and ships back even more treasures. He plays guitar, bass, drums, keyboards, and kazoo. Ghost’s new album, Prequelle, is loosely based on The Black Plague of 14th Century Europe, a metaphor Forge hopes will apply to the societal ills of today.

Ghost’s music began as being much heavier, harder and “more metal,” but over the band’s recent history, their songs have evolved to embrace a more catchy, rock/pop sound. Five of the band’s songs have hit Billboard’s Top 5 Rock Chart – “Cirice” claimed the #4 spot in 2015, “From The Pinnacle to the Pit” went to #5 in 2016, and “Square Hammer” (2017), “Rats” (2018), and “Dance Macabre” (2018) all held the #1 spot on the Billboard Mainstream Rock Songs chart and on the Mediabase Active Rock chart. “Faith,” the band’s new single, was the #1 Most Added track at Active Rock Radio in its first week with 36 stations programming it.

Ghost’s music retains its rock edge as well as its dark lyrical themes like The Black Plague, the Antichrist, the Inquisition, avarice, and the Apocalypse. Ghost have received three GRAMMY nominations: “Best Metal Performance” in 2016 for “Cirice,” which they won, and “Best Rock Album” for Prequelle and “Best Rock Song” for “Rats” in 2019.