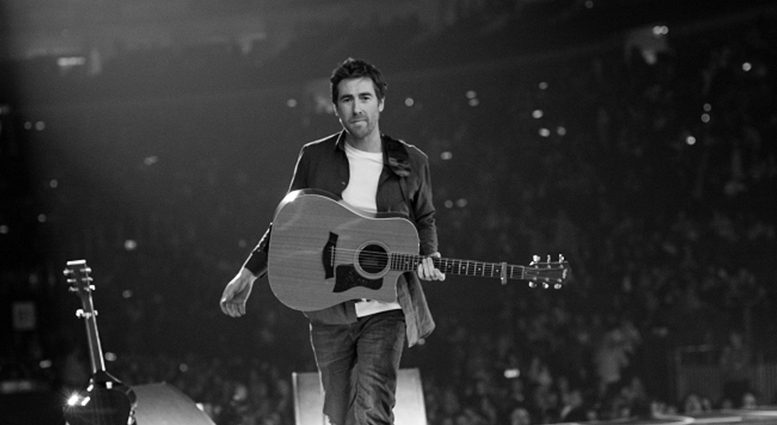 Currently mid-way through a sold out UK run of dates, Jamie Lawson has announced a huge 17 date autumn tour, including a date at London’s Brixton Academy on October 19th. The tour in October kicks off in Dublin on the 4th, and includes Glasgow’s Barrowlands on the 8th, Brixton Academy on the 19th and rounds off at Plymouth Pavilions on the 27th.

Last year, Jamie was announced as the first signing to Ed Sheeran’s own label Gingerbread Man Records. In the whirlwind that followed, Jamie toured with Ed across the world, went from playing to 150 people at London’s Barfly to supporting One Direction on their final full UK arena tour. His self-titled album, released in October 2015, reached #1 in the UK and has sold over a quarter of a million copies worldwide. Furthermore, his juggernaut single Wasn’t Expecting That has to date sold over 400k copies in the UK.

The road to overnight success is often far longer than people assume, but for Jamie Lawson, the journey was an epic one. It took time for him to find his voice, and even longer to hone his songs, which recreate a key moment, an emotion or even a whole lifetime in sparse, poetic language that connects in a very direct and powerful way. And though he quickly found a core, loyal following who have sustained him throughout, only now is that starting to blossom into something far bigger. But music this lovely is worth waiting for.

Growing up in Plymouth, Jamie was introduced to music by his older brothers. Early on, he’d go to school singing lyrics by The Smiths and The Housemartins that he didn’t fully understand, and then Thriller introduced him to Michael Jackson, a singer he still admires. ‘Looking back on it, he had no real experience of what he was singing about – he never had those kinds of relationships – yet you always believed he felt every single word, that he understood how you were feeling.’

After a night out drinking with friends, a phrase someone had used got lodged in Jamie’s head: ‘I wasn’t expecting that.’ A song quickly formed, about a lifetime of love that starts with an unexpected kiss, and ends – he was as surprised as anyone to discover, when the last lines popped into his head on a train, two days later – with a death that comes too soon.

The song got a good response live, so in 2011, a few weeks after writing it, he posted the song on YouTube. Soon after that, an Irish radio producer came home to find his wife and her sister watching it, both moved to tears. He took it to his station, Today FM, and they started playing the track on air.

The next happy accident came when Ed Sheeran noticed his poster in an Irish pub, and remembered their earlier meeting. He was playing the prestigious Ruby Sessions in Dublin the following week, and asked the promoter to invite Jamie to play too.

If you’re looking for comparisons, think early, Moondance-era Van Morrison meeting the poppy accessibility of James Morrison, with perhaps a tip of the hat to Damien Rice and Ray LaMontagne. But there’s a reason he has decided to title his new album simply ‘Jamie Lawson’. From the fragile, tenderly lovely ‘All Is Beauty’ and ‘Cold In Ohio’ to the reassuring optimism of ‘Someone For Everyone’, this is an album that showcases a writer and a singer who is comfortably, confidently and completely himself.

“I first became aware of Jamie Lawson a few years ago, after hearing his track “Wasn’t Expecting That”. I very rarely get emotional over a track, but that song stopped me dead. He manages to put across such raw emotion within his work, and I knew immediately that I wanted to work with this guy in some way. Having decided to start my own label ‘Gingerbread Man Records’ with my label Atlantic Records, the first artist I had to sign was Jamie. Starting Gingerbread Man Records means I can put music I love out there on a huge platform, and Jamie seemed like the perfect choice for my first release” – Ed Sheeran, July 2015.

Born in the port city of Hull in Northern England, Calum Scott is disarmingly direct – a quality that informs his self-penned, ripped-from-the-soul songs and that’s apparent even when he is interpreting another artist’s material, as his poignant cover of Robyn’s “Dancing On My Own” demonstrates.

Shortly after Scott self-released “Dancing On My Own” in March 2016, the song went viral in over 34 countries on Spotify, peaking at No. 2 on the Global Viral 50. The single charted at No. 1 in more than six countries, including the U.S., and ranked in the Top 10 in over 20 countries on Spotify. “Dancing On My Own” has charted in iTunes’ Top 10 in more than 12 countries and has now spent four weeks in the Top 40 of the U.K.’s Official Singles Chart hitting #27 and climbing. The accompanying video is also a viral hit, with views exceeding 23 million.

“When I recorded ‘Dancing On My Own’ in my bedroom, I never thought for a second that it would reach as far as it has and bring this level of support from literally all over the globe,” says Calum Scott. “I’m so excited about the next chapter because there is so much to come!”

Now signed to Capitol Records, Scott is currently working on his debut album. He was a finalist on the 2015 season of “Britain’s Got Talent.”