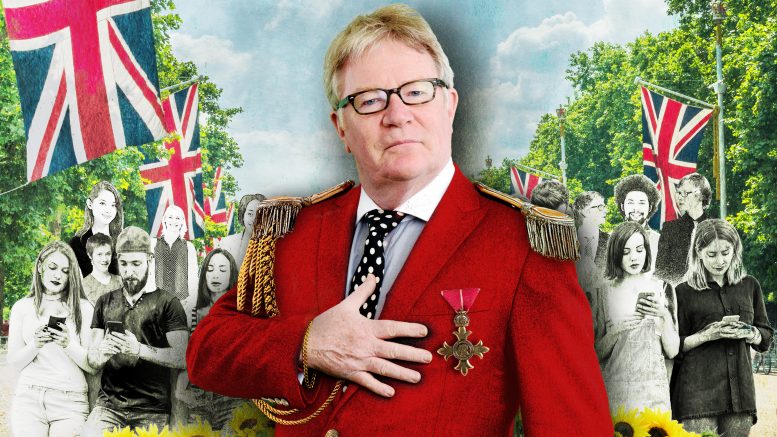 Jim Davidson OBE, is currently set to tour his hugely successful, sell out show Last Man Standing, this summer, where he’ll be telling it ‘like it is’, and you will be able to see him at the Babbacombe Theatre in Torquay on either Friday 30th July or Friday 3rd September at 7.30pm.

The show, which was written and developed by Jim, challenges the PC world we now find ourselves in, where society is so preoccupied with trying to ovoid offence its struggles to communicate, and where the authorities are so fanatical about political correctness, they open themselves up to ridicule. This policing of the English language can be just as oppressive and offensive as any perceived insult – Enough is enough, Jim says political correctness has gone too far!

Jim Davidson one of Britain’s top stand-up comedians, first came to prominence in 1976 when he won TV talent show New Faces. Since then, he has hosted prime time family TV shows including The Generation Game and Big Break. He has topped the bill in many theatres in London’s West End and across the UK.   As a film actor Jim has starred alongside John Malkovich in Colour Me Kubrick.

World entertaining British troops. He was awarded an OBE for his services to charity in 2001 and has coveted Showbusiness Personality of The Year Awards from the Variety Club of Britain.

You can also catch Jim on his dedicated TV channel, JDTV. JDTV brings you everything Jim Davidson, with new weekly shows, new features, and a huge archive from Jim’s extensive career. JDTV can be accessed via ustreme.com  and is currently 1 of 4 channels available through this platform, U laugh, U Discover, U Reminisce, all celebrating, to quote the Programme Director, Jim Davidson himself as “good old British television”.

Tickets for Last Man Standing are on sale now at the venue, you can book by calling direct on 01803 328385 or by visiting the website at www.babbacombe-theatre.com.