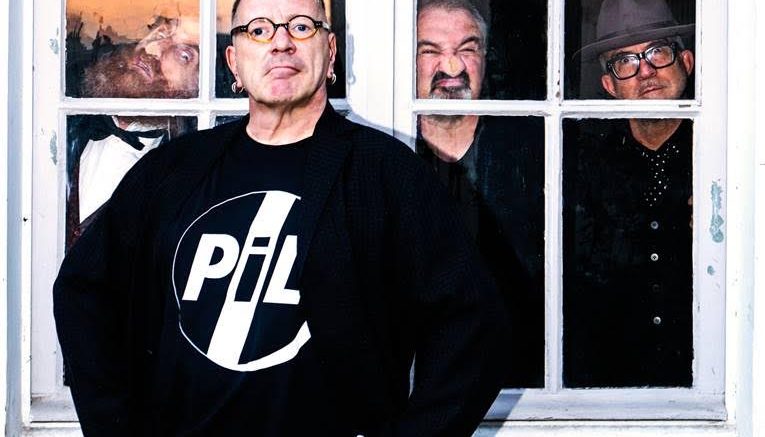 1. I was slightly in awe and a bit scared of ringing you today, do you think that is an overreaction on my part nowadays?
Even in the past it would have been an over-reaction, I’m a pleasant enough fella, the only people that used to annoy me were those cheeky TV hosts that tried to take me on. I won’t be anybody’s victim.

2. Fair enough!! I’m feeling less scared already! Your UK tour starts in May and the venues you have chosen are great as they seem smaller and less obvious, such as Exeter Lemon Grove, what led you to book these venues?

Intimate is the word I would use, for me that is important, I like to see people’s eyes, I’m not writing these songs to not communicate them properly and the way to do that is to play in these nice cosy, old fashioned stylie venues really. It becomes very, very integral with the whole feel of the experience and empathy of it all, as I say …a church without religion and a magnificent feeling! You can become up close and personal with your audience in this way. This is was I do this for, to communicate, and it is a shame that these venues are slowly going out of business and bands don’t play so much at these venues anymore.

3. I appreciate you coming down to the South West, as very often we are forgotten down here …
Absolutely! It’s a desert island really! Laughs

4. I also see that you are playing the Camden Rocks Festival. Do you enjoy playing at gigs or festivals more?
Well again, it’s a small cosy venue festival … not a MASSIVE festival, its Camden basically a collection of cafes!! The thrill of that is there are so many bands on that I actually want to see, so the idea of relaxation before our gig is a no-no to me because I want to be moving about and hearing all these different acts.

5. And will you be watching from the crowd with everyone else?
Yeah, yeah, I’m that kind of person, because live gigs are a thrill to me, I love to see all sorts of different kinds of music. It’s very, very important to me, that’s what keeps me sane!

6. Your last album was released in 2015, ‘What The World Needs Now’, my favourite track being Betty Paige, a hot track for a hot chick! You invigorated the band with this to a great response. Will you be recording again anytime soon?
Yeah we will, we will actually be recording material in the middle of this tour. We have been setting this up with the same people, this will now be three albums with the same people! It’s wonderful! Why didn’t we do that at the start! When I was connected to large record labels, they made continuity seem impossible! Just constant interfering with our own processes, and this creates riffs in bands, it’s terrible. And now we are independent with our own label, well, joy of joys, we get the chance to actually like each other! It’s taken me 40 years to get to this position … but… WOW…it has been well worth the wait I think!

7. ‘PiL’ has been noted as fusing rock, dance, folk, pop and dub. What do you feel has been the biggest influence music wise and have these changed over the years at all?
I actually don’t see PiL as being influenced by anything at all in particular, but by EVERYTHING. Any human being that’s put the effort into creating something, draws my attention. I’m not only nosy, I’m also genuinely curious as to what my fellow human beings get up to, how they think and what is right or wrong about me because of their efforts. That’s how it works for me, books, music, films … anything creative really!

8. Now one of the all-time rock heroes of mine who I have met a few times was Lemmy. I know that you had a lot of contact with him back in the day when you were starting out your musical career. Was he a big influence and mentor to you?
I knew Lemmy really well, I miss him. He was one of the very first long hairs that came to a punk gig and I loved him for it…..I thought that’s great, you know, it shouldn’t be us and them, it should be US! And that’s why he was an open minded bloke and I always remember him that way. He was responsive to other people’s efforts and for that reason, just on humanity alone, he was influential. I even knew him before Motorhead, I used to follow Hawkwind around the country and go to all their gigs.

9. Talking of your favourite music and heroes, I read that you like the Bee Gees and also admired Steve Vai, who of course played guitar on ‘Album’?
Yeah, but you could also throw Mozart in there too, it’s all across the board with me. If music is done so well, I don’t care what genre it is, I want it to be part of my life, record collecting to me became almost a problem, with the weight of an elephant in the house, my vinyl collection actually damaged my ceiling as it was so heavy! That’s a record collection alright!! When I am on tour I always look for record stores and I’m so pleased that they are coming back into fashion. Vinyl delivers a good honest sound, nothing digital comes anywhere near it!

10. I know that you have been married for 39 years (I myself have been with my husband for 34 years) what do you think is the secret of a long and happy marriage? Especially in the music industry!
Honesty, integrity and bloody good rows. If you don’t have a good row and honestly say what is on your mind it’s the end of it, because then secrets creep in and that is something you should never have. Just open up to what’s bothering you and you will find it is not bothering you no more!

11. As you will be coming to play for some real die-hard fans in the South West of England, and I have to say thank you very much for doing that, I asked a couple of them if they had a question for you. Are you happy for me to ask these?
1. Rob age 23 asks “Do you ever look through your back catalogue and discover album tracks you’ve forgotten but love when you rediscover them or consider putting into the live set?”
Yes, it happens a lot, you do forget songs, in fact during the last song book was fantastic as I just decided to put every song down that I had written. It was magnificent to go over it like that and then play them all. It made me remember the moments of writing songs and playing them, just thrilling! There were variations and things I had totally forgotten about, it is amazing that you can forget your own work!
2. Justin age 50 asks “Early PiL seemed more pop/electro orientated, now it seems to be more of a musical abstract art form, was that intentional or has this just progressed this way naturally?”
Well, how strange, I would say it is the exact opposite way round. It’s interesting as people interpret things in life the way they need to, or what’s best for them emotionally. I do this so that you will think for yourself, so there it is …jolly good, you know?
3. Darren age 50 “Do you think if the Sex Pistols stayed in the UK, they would have stayed together as a band?”
No, it was nothing to do with geography, it was to do with personalities and the management manipulation. There were so many reasons, I mean we shot to fame just way to quickly, none of us was expecting anything like that. It is really seriously hard on a young mind to cope with that sort of pressure, you are stuck between hatred from certain areas of society and over the top adoration from others, this was much to much to handle, so it drove us apart. That’s how that happened and we have tried since to get on with each other, but too much damage was done.

12. If you had to work and record with any other artists, and you were allowed 6 people, dead or alive, who would they be and why? Offers come in all the time, all kinds of people want to make records with me. But you do have to be selective about it. There was a time when Kate Bush approached me and I thought that was a splendid idea, but it never quite came off, the song I put together was about saving parrots in South America, you know, illegal parrot exportation. Daft Punk have also approached me, but that would be too clear a cut commercial move for me and I would not be comfortable with it. Whereas making songs with Leftfield was a great experience and one I will always remember really, really respectfully, they are fine chaps they are! To be honest I am so happy in PiL zone, I don’t see the need to waver from it.

13. Could I ask you for a quick quote for What’s On Southwest Magazine as with the demise of the NME we are the only regional music and entertainment magazine in the South of the Country.
There is a sad hole now, although the NME I found was getting a bit too confusing with their website, it went too technical in the end and that aspect I felt lost it’s feeling for the music that it was supposed to be representing. So, let’s get back to small papers and communicate properly … you know. Print is essential for more cultivated thoughts, whereas the internet is flippant, quick and usually irrational.

I just want to say thank you so much for talking to me today and you have made me double happy, as I have read that you don’t drive! I failed my test six times and gave up as I figured you can’t be good at everything!!! I look forward to seeing you in Exeter and I will say thank you in person!

For Tickets and more information of the SUMMER 2018 UK Tour 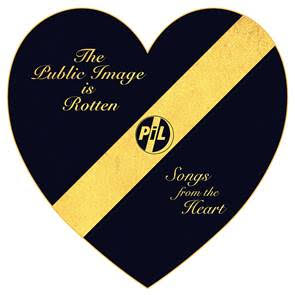