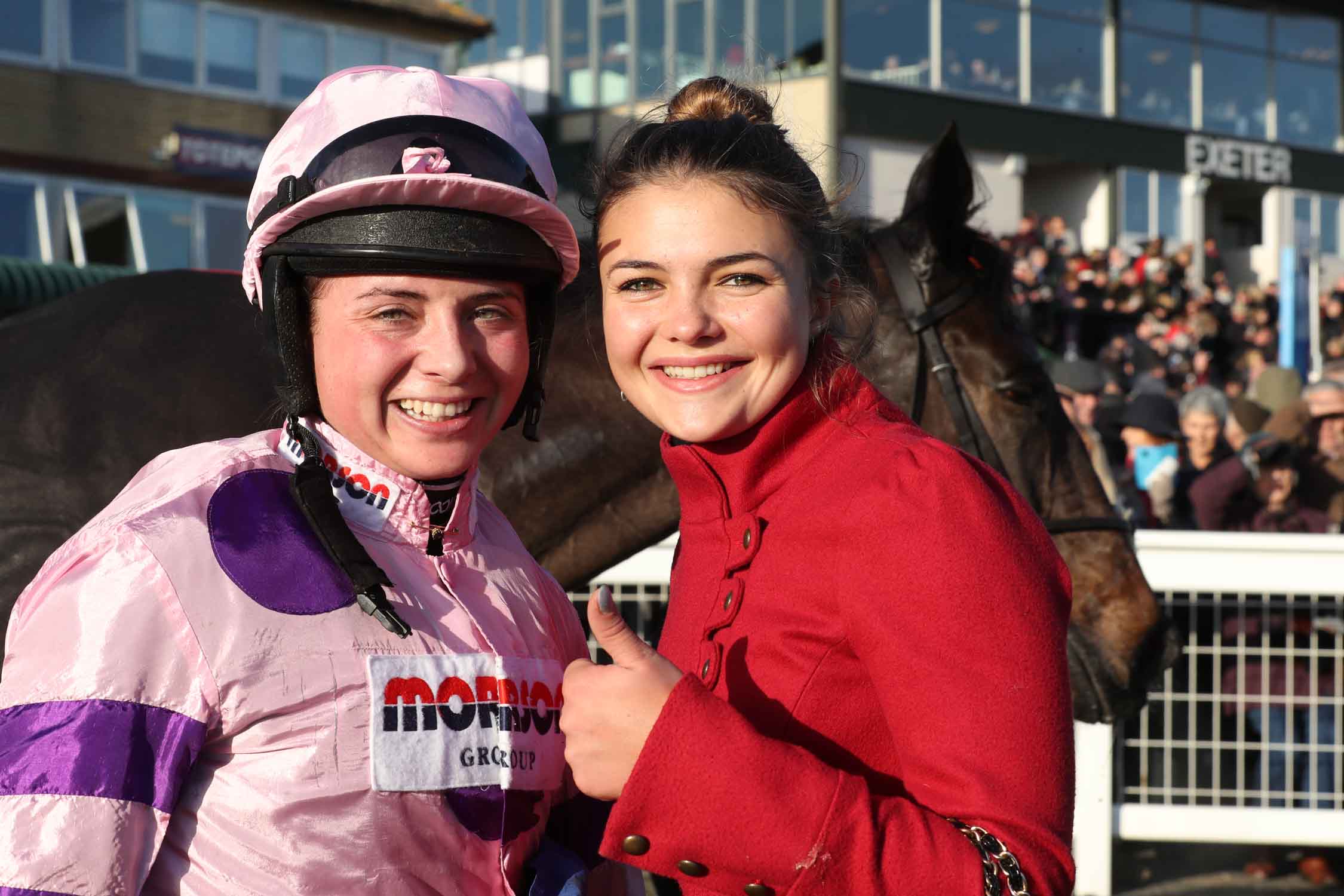 Devon’s leading lady jockeys reckon Exeter Racecourse is the place to be when it hosts its first ever Winter Ladies’ Day next Sunday (Feb 10). Bryony Frost, Lucy Gardner and Lizzie Kelly are among the best in the country, and they could all be seen in action at Exeter on a day when the fashions stakes will be high, winter glamour will pervade and top class horses will be in action.

Bryony Frost, who has galloped her way into the hearts of the racing public with her big race successes has some top fashion advice for those planning to attend the day. “It may be a little on the cold side  at Exeter Racecourse but dressing to impress is the order of the day and only the best can win. While I am no expert in fashion, thermal tights could be the trick!” she said.

Exeter’s Lucy Gardner, who has ridden nearly 200 winners in point-to-points and under Rules says there’s nowhere better to go racing than at her local track on a Sunday.

“There’s always a really fantastic atmosphere there on a Sunday, I love it. We’re hopeful of running three horses. Trans Express, who always runs his little heart out, might be stepped up to a longer trip, we might have a newcomer in the bumper and Coeur Blimey could have his first run over fences. With the Festival so close, it’s an important meeting and one or two Festival contenders might be in action,” she said.

Last year racegoers were treated to South Molton’s Lizzie Kelly winning on Coo Star Sivola and the pair went on to win at the Ultima Handicap Chase at the Cheltenham Festival. Lizzie is no stranger to big race success and was the first ever female to ride a grade one winner when Tea For Two won the 2015 Kauto Star Novices’ Chase at Kempton.

With chunky knits, big coats, woolly hats and warm boots sure to be the choice of attire, Winter Ladies Day is a chance for all the family to head to Haldon Hill, with prizes for the best dressed ladies including a night’s stay and spa treatment at the Hartnoll Hotel, to lunch at the Pig at Combe to a pair of ladies’ day tickets at the Cheltenham Festival.

Taking part couldn’t be simpler. Just get your picture taken by the racecourse’s activation team who will be roaming the course throughout the day. All entries will be collated and put into a prize draw where the six winners will be chosen at random. And to top it all, the Rugby Six Nations England v France match will be televised.

The gates open at 11.50am, the first race is off at 2pm, and there’s a free bus to and from Exeter St David’s and the Bus Station.  Two pre-booked Grandstand and Paddock tickets cost just £15.