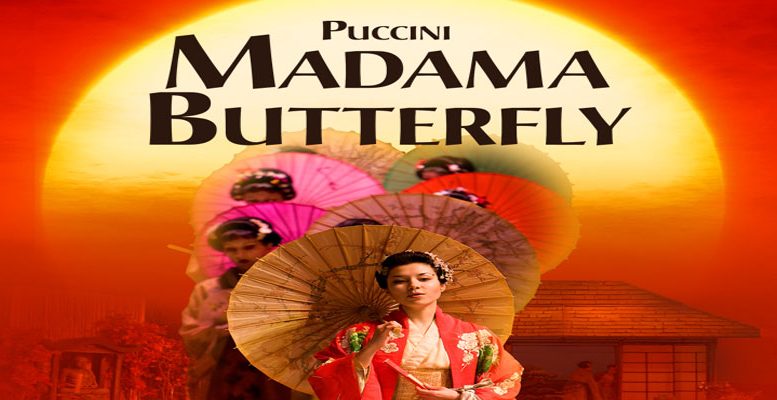 Madama Butterfly is Puccini’s tragic tale which the hit West End musical Miss Saigon is based on. One of the world’s most popular operas, Puccini’s Madama Butterfly tells the heart-breaking story of the beautiful young Japanese girl who falls in love with an American naval lieutenant – with dramatic results. Highlights include the melodic Humming Chorus, the moving aria Un bel di vedremo (One Fine Day), the famous tenor aria Amore o grillo (Love or fancy) and the unforgettable Bimba, Bimba, non piangere (Love Duet).

With exquisite sets featuring a spectacular Japanese garden and fabulous costuming including antique wedding kimonos from Japan, the story will be told in the original Italian with English surtitles. As with any of Ellen Kent’s shows, Madama Butterfly is set to be a visually beautiful and moving production.

Ellen said: “My operas have to be emotional and beautiful.”

Elena Dee the international Korean soprano returns to delight us with her poignant and emotional performance. She was spotted by Ellen Kent when she was working under the musical direction of the great Moldovan baritone, Vladimir Dragos. She was a talented classical pianist but was hoping to become a soprano. Ellen auditioned her and suggested she came back when she had acquired more experience vocally, Ellen auditioned Elena again some years later and the rest is history. She went on to sing Aida, Tosca and Mimi in Ellen’s productions. Her portrayals of these roles were stunning both musically and dramatically.

Alyona Kistenyova, the international soprano from Odessa National Opera will be returning after her critically acclaimed performances in Aida, La Boheme, Carmen, Tosca and Die Fledermaus, Rigoletto and La Traviata.

The Ukrainian tenor Vitalii Liskovetskyi from the Kiev National Opera originally trained as a military pilot and made his debut on an Ellen Kent tour in 2015 in Carmen and Tosca, followed by subsequent successes in Aida, La Boheme and Nabucco, Rigoletto, La Traviata and Madama Butterfly. He will be reprising his roles as Pinkerton in Madama Butterfly and Rodolfo in Boheme

Giorgio Meladze, the International Spanish tenor, who has sung in all the major opera houses in Europe including with José Carreras in 2014, returns after his critically acclaimed performances in Aida, La Boheme and Nabuoco and will be singing the parts of Pinkerton in Madama Butterfly and Rodolfo in La Boheme.

Myroslava Shvakh-Pekar, Mezzo soprano from the Ukrainian National Opera of Lviv will be making her debut in the role of Suzuki. She has been part of the chorus for several opera tours for Ellen Kent and on the last tour in 2018 Spring, she understudied the role. Ellen gave her Contessa di Ceprano in Rigoletto and the small part of Kate Pinkerton in Butterfly.  She stood out vocally and dramatically and was asked to audition for the role of Suzuki. Ellen will be directing her in Suzuki and feels Myroslava will go onto greater roles.  She already has auditioned her for Carmen for the Spring 2021 tour.

Iurie Gisca the celebrated Moldovan baritone, returns to sing Sharpless, the American consul. He triumphed in his debut of Rigoletto in Spring 2018 and has also sung Nabucco, Amonasro in Aida and excelled in Carmen as Escamillo.

This production will be sung in Italian with English surtitles. *Cast Subject to Change.