An iconic and influential figure with a career that spans almost 40 years and more than 30 million sales, Marc Almond has enjoyed a fresh renaissance in recent years. 2017’s retrospective ‘Hit & Pieces’ saw him return to the Top 10 of the album charts, and it was followed by the critically acclaimed ‘Shadows and Reflections’ set, which became the highest charting solo album of his career so far. He also reunited with David Ball to say goodbye to Soft Cell with an emotional sold-out show at London’s O2. 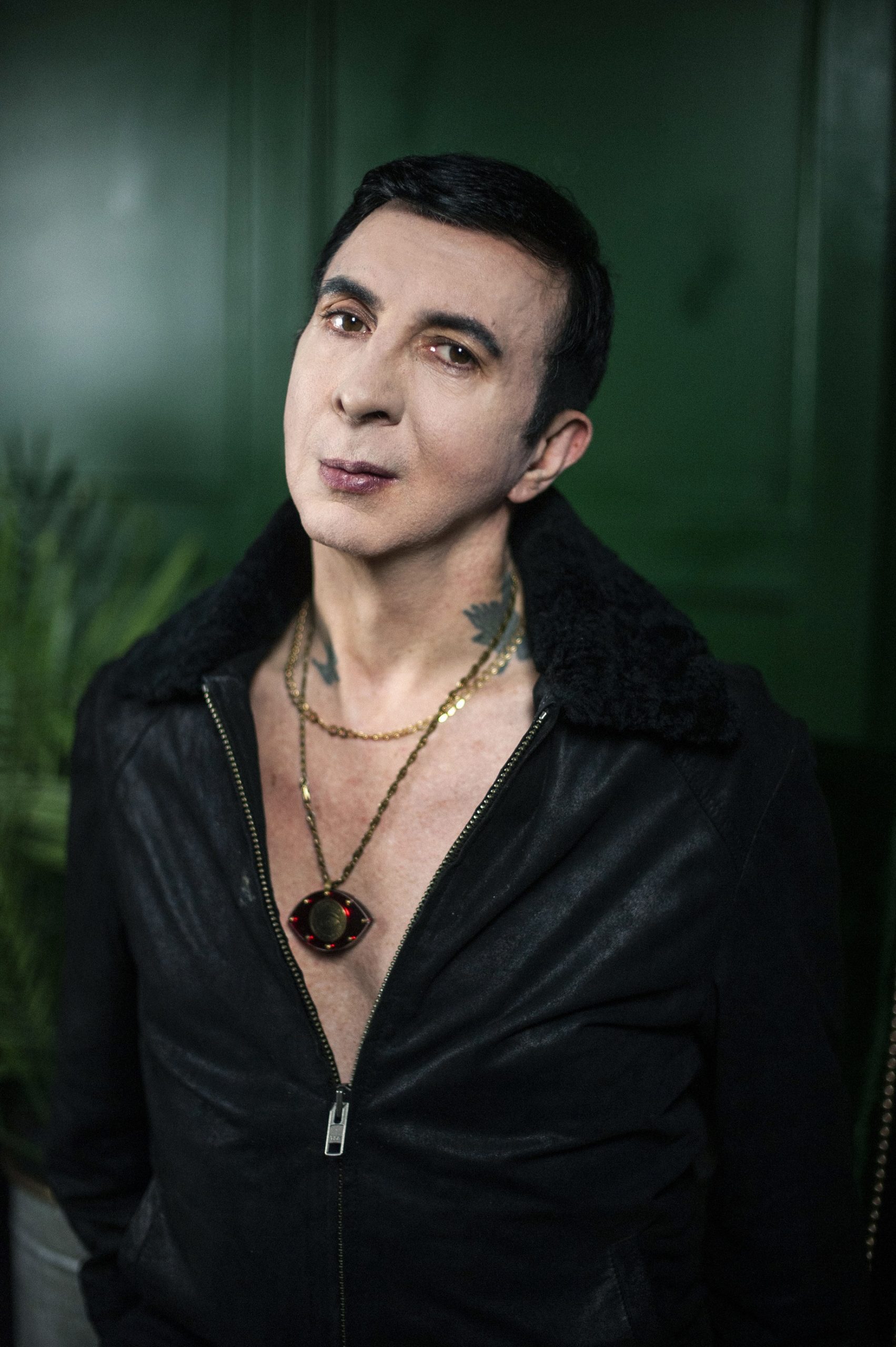 Constantly creative, Marc Almond will release his brand-new album ‘Chaos And A Dancing Star’ on January 31st 2020 via BMG. The album was made in collaboration with producer, songwriter and pianist Chris Braide, who also worked on ‘The Velvet Trail’. An Ivor Novello winner and Grammy nominee, Braide’s many high-profile credits include work with artists such as Sia, Lana Del Rey and Halsey. The duo started writing for the album three years ago, their initial plan for a prog rock album evolving into something leaning more towards strident pop melodies.

‘Chaos And A Dancing Star’ provides another twist in the unorthodox artistry that’s become a hallmark of Almond’s career. The title plays on a quote from Nietzsche’s ‘Thus Spoke Zarathustra’: “One must still have chaos in oneself to be able to give birth to a dancing star.” Essentially, art, music and creative expression comes from personal experiences of repression or turmoil. It’s a statement that has informed everything that Almond crafts, and one that he wants placed on his gravestone.

“I wanted to write romantic apocalyptic love songs and set the songs in the fatal end of days settings with a touch of mystic paganism yet hopelessness,” says Marc. “It reflects the out-of-kilter world in which we find ourselves living today. Crows are a symbolic recurring theme on this record. When their eyes turn blue their life is coming to an end. Maybe it is the end of days for all of us, and perhaps this is something we should acknowledge.”

The title informs many of the album’s themes, and impermanence is also a recurring topic. It emerges in various forms: mortality in ‘Black Sunrise’ and ‘Dust’, as well as saying farewell and leaving a legacy in ‘Cherry Tree’ and ‘When The Stars Are Gone’. The jaunty ‘Slow Burn Love’ provides light amongst the darkness, with its hope of finding an everlasting love rather than one that’s “over before you blink your eyes” – a counterpoint to Marc’s common premise that love inevitably proves to be a disappointment.

Inspired by writing in Los Angeles, Marc Almond also added some Americana to the album. Referencing the famous cemetery to the stars with which it shares its name, ‘Hollywood Forever’ addresses suicide and the passing of the Golden Age. Meanwhile, ‘Chevrolet Corvette Stingray’ is an unemotional, fetishistic love song about cold sociopathic beauty. All but beauty and love is meaningless and without it we are nothing.

The album has today been launched with the new track ‘Lord Of Misrule’. Almond’s fervent voice powers a dramatic collision of apocalyptic and festive imagery, with soulful vocal harmonies, flute courtesy of Jethro Tull legend Ian Anderson and a searing guitar solo part of a characteristically larger-than-life anthem.

Marc notes, “It’s probably fair to say that I wrote ‘Lord of Misrule’ with Ian in mind as I’ve always thought there was a touch of pagan mischief about him. It’s a kind of alternative Christmas song.”

Musically, ‘Chaos And A Dancing Star’ steps beyond the ‘60s songbook that inspired ‘Shadows and Reflections’. It changes tone at will. There are flourishes of theatrical and flamboyant flair, but there are also moments of foreboding gothic ambience, tender yearning and classic pop-infused songwriting. It comes to a head in Marc’s personal favourite, the closing track ‘The Crows Eyes Have Turned Blue’. It’s an ending, but one that opens up the next chapter.

Marc Almond and Chris Braide will play their first show together at the Royal Festival Hall on February 10th. It promises to be a special event which will cover some of Almond’s most loved tracks, songs which Braide has written for other artists, material from the new album and some special guest appearances. Any remaining tickets are available from https://www.southbankcentre.co.uk/whats-on/136497-marc-almond-special-guest-chris-braide-2020.