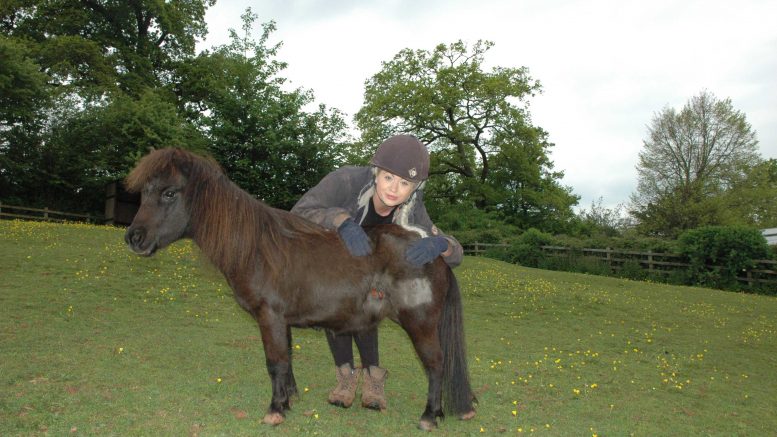 Devon’s largest horse rescue charity today appealed for owners to keep their animals under control after one of their smallest ponies was badly bitten in a suspected dog attack.

The injuries and bite marks – consistent with a dog attack – were discovered when tiny 19 year-old Chloe was brought in from the field.

Her groom Amy Dearlove said: “It was a real shock. There was quite a few deep wounds and poor Chloe was obviously really distressed.

“We managed to calm her down. She was pretty shaken up and she’s going to need weeks of treatment and care.

“Chloe is one of our oldest residents and she really didn’t deserve this. She’s such a brave little thing and we’re going to give her the best care possible.”

The police are appealing for witnesses and have asked anyone who may have seen anything to contact them quoting crime reference number CR/041844/18.

It’s believed a dog may have either jumped a fence or got under a gate on a footpath close to the retirement yard in Lower Netherton.

Sanctuary Executive Director Syra Bowden said it was always the responsibility of dog owners to keep their pets away from vulnerable animals like sheep, horses and ponies.

She added: “We’re helping the police track down the owner because, if it was a dog attack, we’re worried it may strike again.

“When people think of dogs attacking animals they automatically think of sheep. However, Chloe is only 31 inches tall and could easily be brought down by a large dog. It’s a miracle her injuries weren’t worse.”

Chloe suffered several deep cuts to her left side and several smaller lacerations to her right side, as well as serious bruising.

Luckily, the tiny pony’s prognosis is good and she should make a full recovery, but will have weeks of pain and bruising as a result.

Syra added: “We are a rescue charity and all our ponies come to us for safety and security and, in the case of South Manor, to live out their last days in peace.

“Chloe loves sharing a cup of tea and is such a brave, independent little mare. We’re really hoping this doesn’t affect her loving and happy nature.”