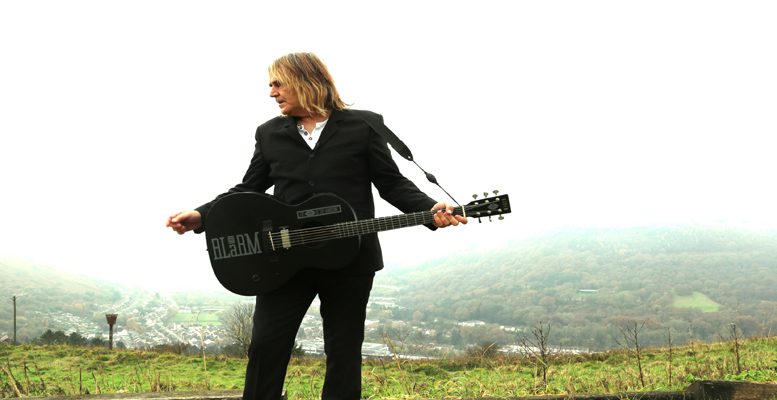 Following the June release of The Alarm’s critically acclaimed No.1 UK Rock Chart album ? Sigma, the band’s much-loved frontman Mike Peters returns from a hugely successful 40 date US tour to play all the hits and more on extensive 27-date run of UK live shows this Autumn 2019 – visiting many British towns that have never previously featured on The Alarm’s touring itineraries

“Mike Peters‘ Alarm are rock’n’roll reborn, sparked by the quality and breadth of Peters’ songwriting;

rich, heavy on melody and with lyrics dripping with life…”  – Classic Rock Magazine

The tour will honour The Alarm’s late ‘80s trilogy of iconic albums, ‘Eye Of The Hurricane’, ‘Electric Folklore’ and ‘Change‘, and will feature intimate acoustic readings of some of The Alarm’s most famous songs such as Rain In The Summertime (1987 – international Top 20 hit which was recently covered by both The Killers and also by Smashing Pumpkins’ Billy Corgan at The Alarm’s Cleveland, Ohio show last month), Sold Me Down The River (1989 – a US No.1 Rock Song) and A New South Wales (1990 UK Top 40 hit), alongside a host of Alarm standards as captured on the 1988 live album ‘Electric Folklore’. 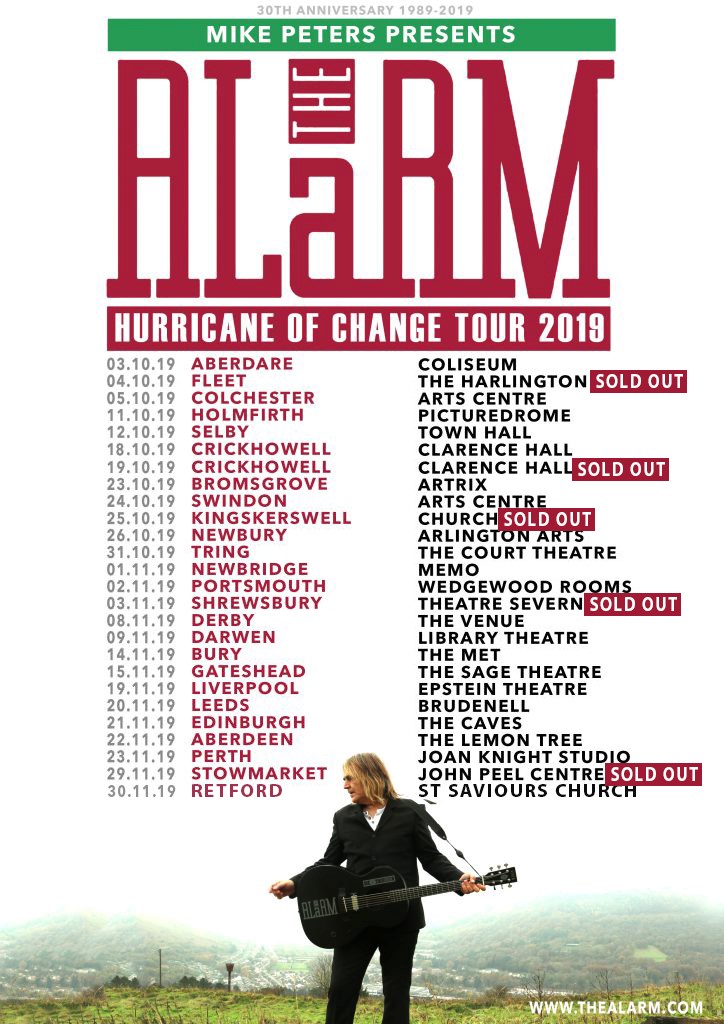 Thirty years ago, as Mike Peters undertook a creative songwriting journey through the heart of his home country – Wales – the Berlin Wall would fall and Europe itself would plunge into a period of enormous and seismic change. Caught in the middle of this political maelstrom, Mike Peters with his band The Alarm would record the albums ‘Eye of The Hurricane’ (1987), Electric Folklore (1988), and ‘Change’ (1989) each of which would, in their own way, capture the essence of these most turbulent times.

The Hurricane of Change 30th Anniversary Acoustic Tour will be performed solo with a first set dedicated to ‘Eye Of The Hurricane’ followed by a second performance of ‘Change,’ with a third set featuring songs from The Alarm’s classic live recording ‘Electric Folklore”.

“I have always thought of these three albums as an Alarm trilogy”, says Mike. “A lot happened to the band and the world during the writing and recording sessions from 1987-1990. As one decade bled into another, the themes of response and resolve to contend with uncertain times are running through the core of each and every album. Played together, these songs tell their own story and, with the tumultuous times Europe can expect to face in the coming months and years, are still as relevant today as when they were first written.”

Tickets are on-sale now for the UK live dates