A local business has boosted the cause of conservation by doing what it does best – selling great beer. Bays Brewery has been raising money by selling a special beer – Crocod-ale – on behalf of wildlife charity Paignton Zoo Environmental Park.

Pete Salmon, from Bays, said: “I’m really happy to say that the total amount we are donating this year is £2,600! That’s a really great sum!” 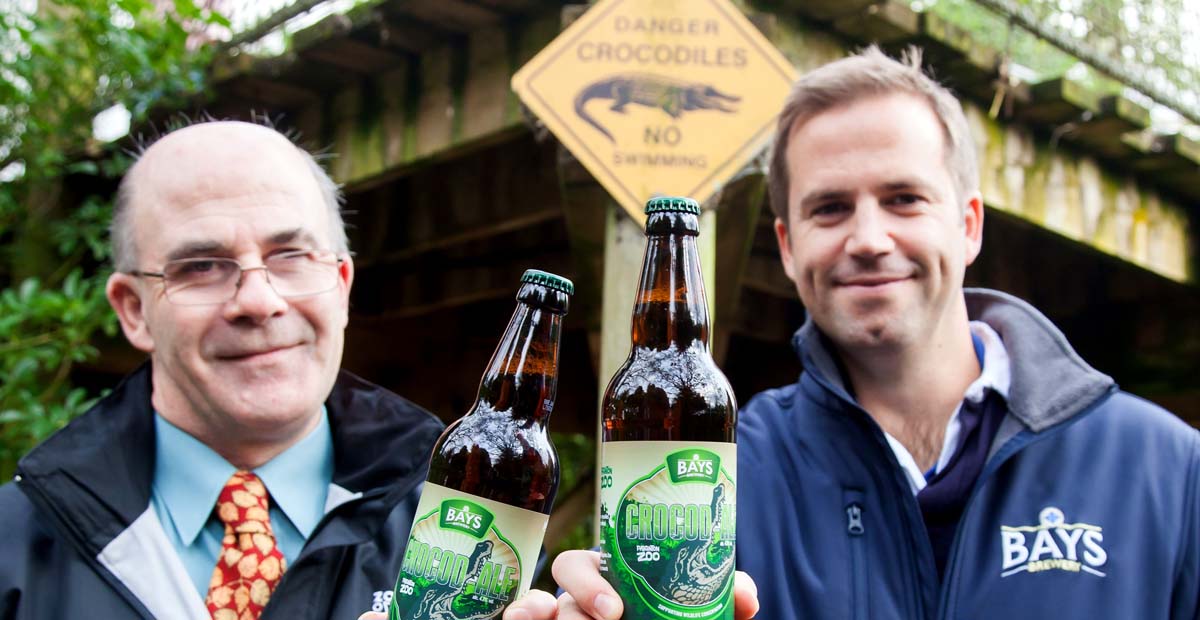 The Paignton micro-brewery is a long-time supporter of Paignton Zoo and its conservation projects. Since 2013, the partnership between Paignton Zoo and Bays Brewery has raised over £15,000 with beers themed around rhinos, giraffes, gorillas – and now crocodiles.

On top of that, collection tins in the pubs where the ale was sold raised an additional £367.

The brewery and the charity are already thinking about next year, when the theme is likely to be linked to native species. Zoo spokesperson Phil Knowling: “We are planning to focus on native species in 2018 – on the specialist work we as a charity do with native species, like dormice and whitebeam trees, and the things everyone can do at home for local wildlife. A beer linked to an iconic British species would surely go down a treat and raise plenty of money, too!”