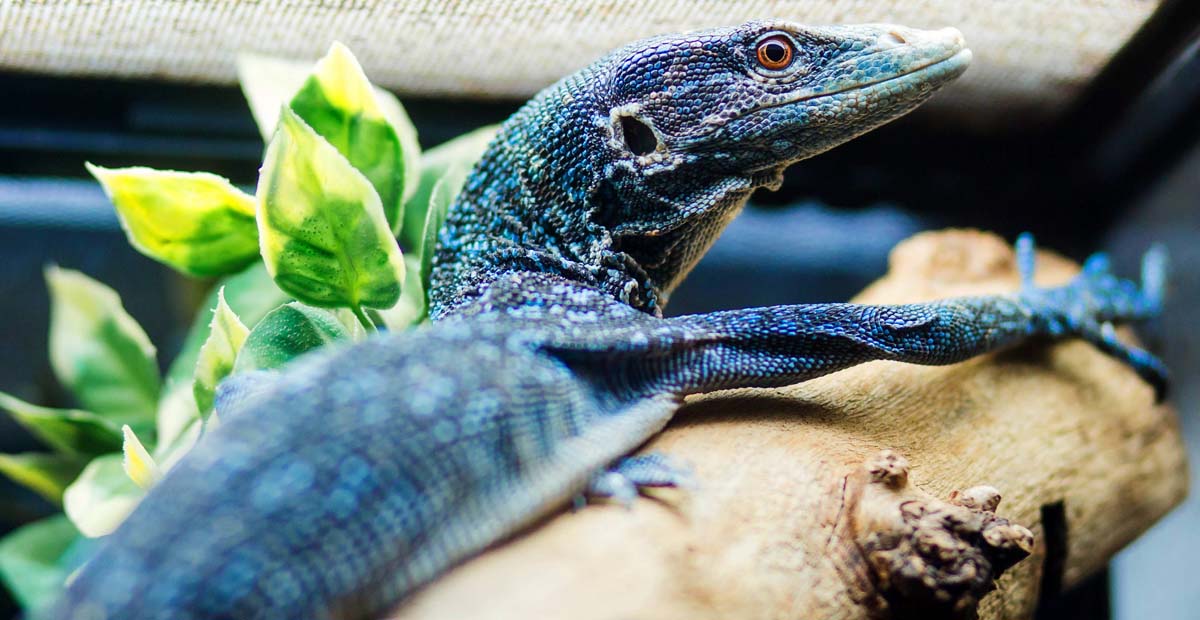 With its long, slender claws, snaking tail and unnatural colouring, the blue tree monitor is as strange as it is striking. Paignton Zoo Environmental Park in Devon is now home to four of these remarkable reptiles.

This is the first time that Paignton Zoo has ever had blue tree monitors; the charity zoo is one of only three zoos in the UK with the species. The four, all around five years old, are two feet long nose to tail, and can be seen in Reptile Nursery.

Curator of Lower Vertebrates & Invertebrates Luke Harding said: “The European Reptile Working Group has recommended that more Zoos should be working with this species as very few people have bred them and documented their reproductive behaviour, so we really hope to breed them here. They also fit right in with the educational aspects of what we’re trying to achieve with our living collection at Paignton Zoo.”

Little is known about this species in the wild; it has not yet been assessed on the IUCN red list of threatened species which is used to highlight extinction risk. The blue tree monitor is a 21st century lizard; it was only discovered in 2001. The details of its natural history remain largely a mystery, including what it eats in the wild, but its diet may include stick insects, crickets, grasshoppers, moths, beetles and small lizards.

The blue tree monitor (Varanus macraei) comes from the tiny island of Batanta in Indonesia. It was named after herpetologist Duncan R. MacRae, Males can grow to around a metre. The tail, which is almost twice the length of the body, is prehensile and is used to grip tree branches.

While the species is popular in the pet trade, little information of conservation value has been compiled. No one even knows how or why they developed such a striking pattern; blue is a difficult colour for animals to produce. Paignton Zoo Environmental Park is a registered charity. For more information go to www.paigntonzoo.org.uk or ring 01803 697500.