In what will be the finale to Exeter Chiefs Original, Phil Dollman’s Testimonial Year, his game has taken on an exciting new dimension. Welsh legends Crawshays have thrown down the gauntlet and offered to bring their star-studded team to Devon for the 31st Aug showdown. They will be facing a host of familiar faces to fans of the Devon based premiership rugby club including Chris Budgen, Tony Yapp and Tom Johnson.

Phil, who will be captaining his “Originals” team, has been busy recruiting players over the summer months.  After 10 years with Exeter Chiefs, and being granted a testimonial for his services to the club, he was keen to recruit the best possible opposition to fill this fixture. Commenting on the confirmation of Crawshays venturing to Devon, Phil said, “It’s well known in Wales that aspiring players have 3 major milestones in their career – represent your country, earn selection for the British & Irish Lions – and be invited to play for Crawshay’s Welsh. So having the team offer to support my big game is amazing and no doubt the cream of the crop regarding Welsh talent will be on show for the masses at Sandy Park.”    Phil who toured overseas for the Crawshay’s on 3 occasions before his 10 years with in Devon, went on to add, “I’m determined to give the fans who have supported me over the last 10 years a game to remember.  I always wanted to bring some famous names from home who have graced the international stage to Exeter and this link up will enable me to do just that.  I better ensure the Chief’s boys have an early night in preparation for what will be a cracking festival of rugby.”  Proceeds from the game will be used to support two well know local charities, the Devon Air Ambulance and the Exeter Foundation. Leading out the Chiefs originals team on the day will be 4-year-old Cayla Jones.  Cayla from Cullompton was diagnosed with stage 4 high risk Neuroblastoma in July 2018. She is currently undergoing chemotherapy and further treatment is planned in the USA. A mad keen sports fan she jumped at the chance to lead out the team. Testimonial Chairman Mike Blakeley said “We came across Cayla’s fund raising efforts, Cayla’s Fight, and wanted to lend a hand. She was very excited at the thought of being a Mascot so it was the least we could do” he added “ her family are working hard to raise £200,000 for treatment in New York and we have been working hard as committee to help support this.”

Ticket prices for the game are set at only £15 for adults and £7.50 for children. “I know rugby can be an expensive day out but I’m keen to ensure as many people can see what will be a tough and competitive fixture” said Phil. Tickets are available from the Exeter Chiefs Ticket Hub. 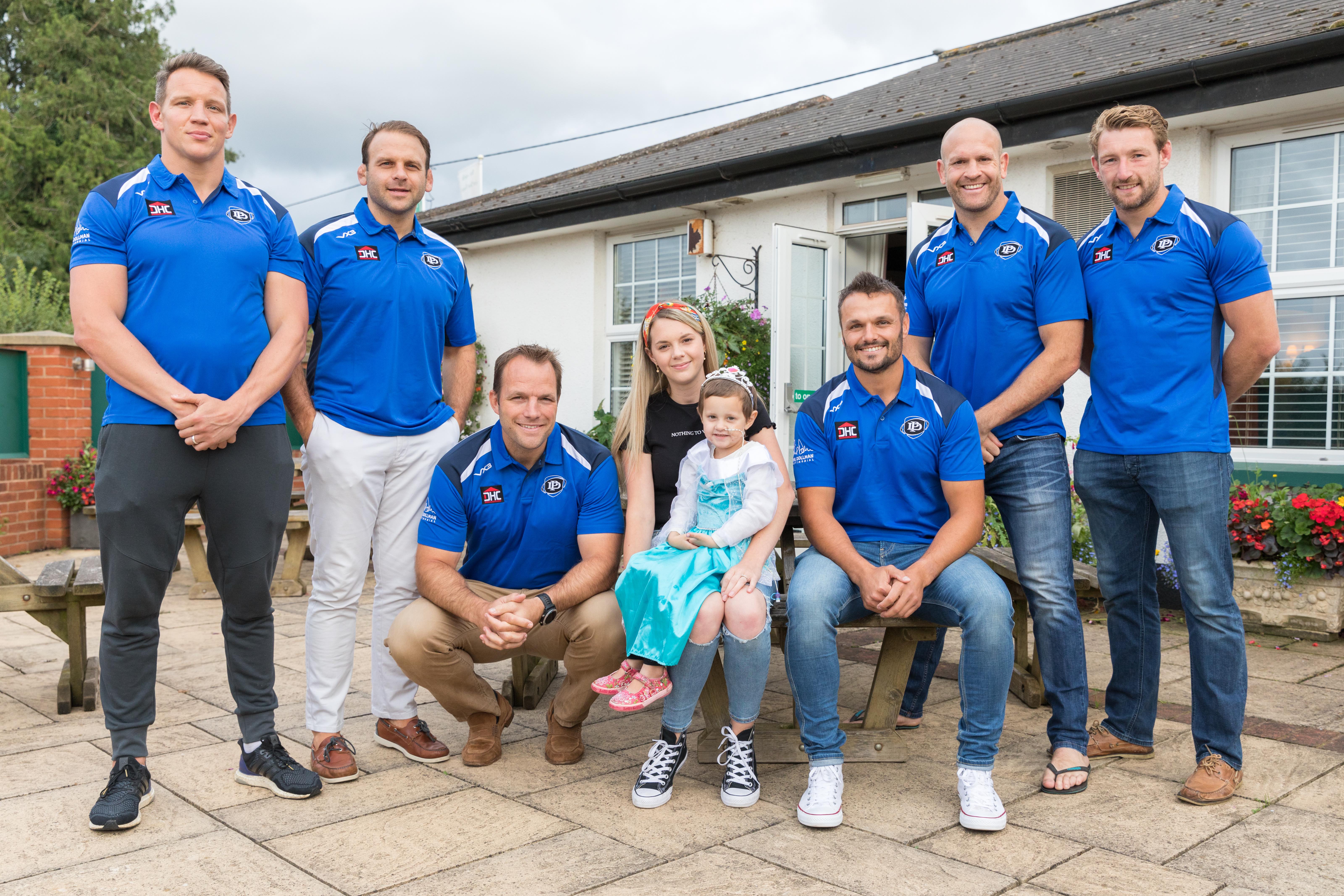 Crawshay’s, known for their fast, free flowing rugby are one of the most famous invitational teams in the world of rugby.  The nomadic team have toured across the planet. Over 80 British and Irish Lions have been capped by the team. These include legends such as JPR Williams, Phil Bennet and Jonathon Davies.  Founded in 1922 to play a game against Devonport Services RFC, the team are relishing the opportunity to return their roots in Devon for the game.  Ian Brice, long standing Team Manager of Crawshays RFC said, “We are delighted to be supporting Phil as an ex-player of our team, and will be working hard to create an all stars side for his testimonial match.  We have the pleasure of being able to draw upon a wealth of top name players, past and present, and we are all excited at the thought of a trip to what has become one of the best teams in Europe in recent years.  Phil served the Crawshay’s extremely well, touring with us on three occasions to Portugal, Romania and San Sebastian.  His quality on the pitch was undeniable but he was also extremely popular off the pitch so the weekend will be a good chance to see if he’s still got it to tour with us in the future!!’’

Tickets for the game are available from Exeter Chief’s website. Grandstand tickets are priced at £15 for adults and £7.50 for children.