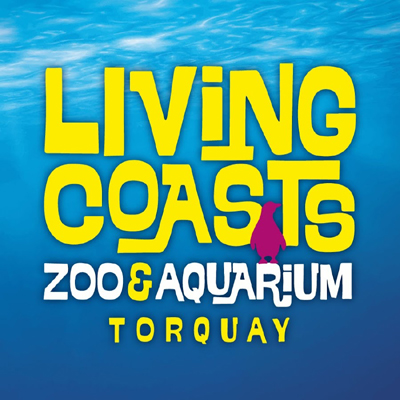 Conservationists in Torquay have turned marine waste into thought-provoking art.

A new installation at Living Coasts, Torquay’s coastal zoo and aquarium, combines education, plastic waste and inspirational creativity. And for zoo artist Jackie Kidd, the task has turned into an obsession – and a new hobby. 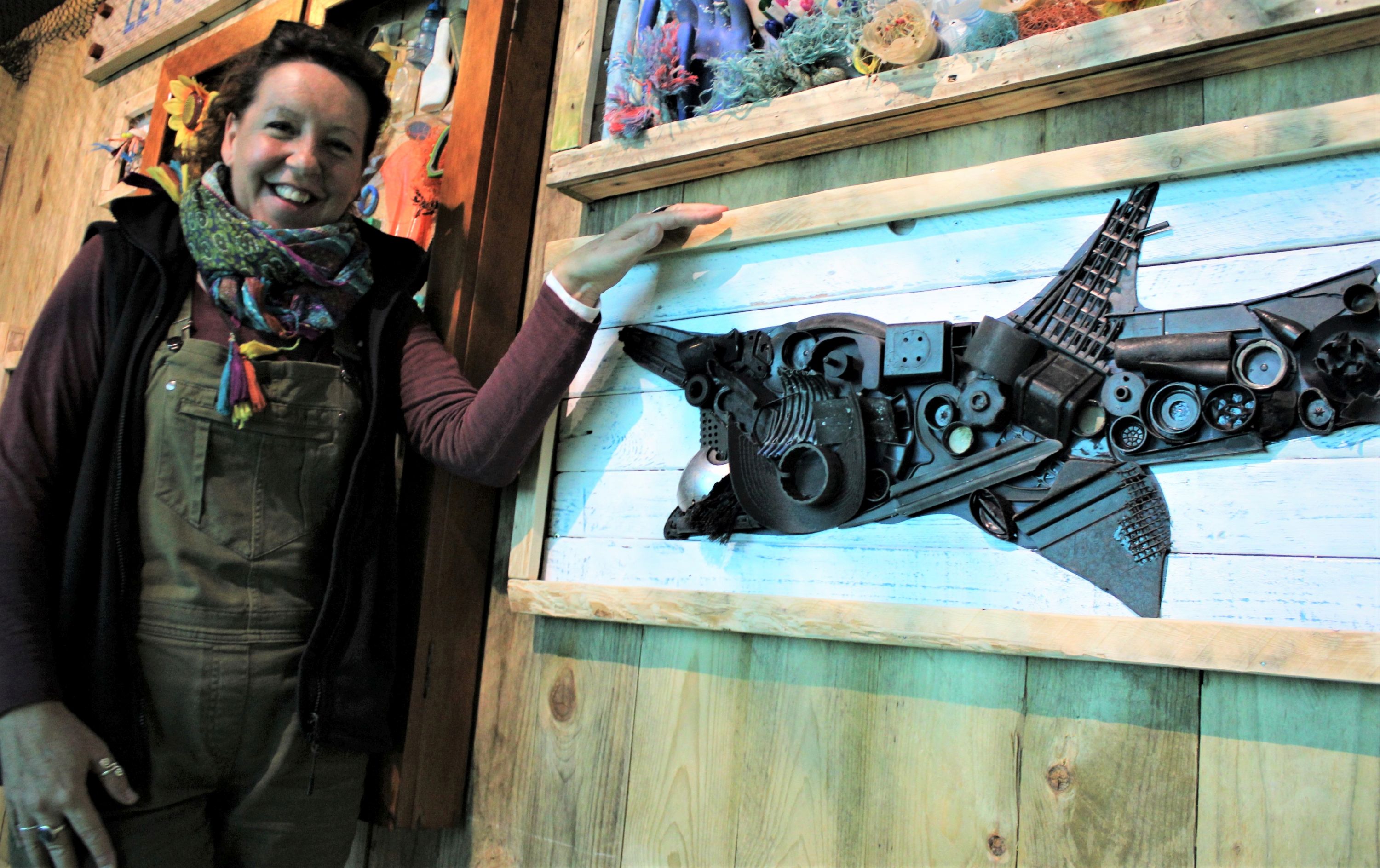 Jackie collected rubbish on beaches for 6 weeks to make the work. And she found beauty in the piles of coloured plastic waste: “It has been an interesting and wonderfully colourful project, one which I hope will inspire others to collect, create and recycle for the future of our seas and the creatures that rely on them.”

Initial ideas from zoo staff were developed by Jackie: “I researched the topic to develop the visuals for the background mural. I wanted to make good use of the unusual space – it should visually take you on a journey through the different ocean environments that plastics affect.

“The main idea was to create sea creatures out of plastic waste collected from local beaches. As the project progressed, the plastic began to inspire the art. I found I could look at the sorted pieces and see a jellyfish or underwater scene in the colour, shape and texture of the plastic.

“I wanted to recycle as much as possible. I used an old cabinet donated to Living Coasts by the harbormaster to house some of the more interesting plastic treasure I found. At first I collected everything but I couldn’t carry it all. Once I had started work on the art pieces I knew what I was looking for. For example, plastic bottles and bottle tops, smaller coloured pieces, fishing line, anything unusual! I found shoes, the back of a TV, fishing tackle, plastic bottles from all over the world, toys, gun casings, straws, pipes, oil barrels and a huge amount of rope.”

The area is currently known as Coasts at Risk or the underwater seal viewing area.

The new name will be ‘Let’s turn the tide’ in line with the title of the zoo’s plastics campaign.

Zoo spokesperson Phil Knowling said: “The artwork created by Jackie is stunning – it’s not just an arresting piece of interpretation but also a real departure from previous approaches to messaging for guests. In truth she’s created an exhibition, a gallery of plastic art. It reaffirms our commitment to reducing plastic waste and raising awareness in a new and striking manner.”

She collected plastics from beaches in East Devon, near where she lives. “I went to Exmouth, Sandy Bay, Ladram Bay, Sidmouth and Weston Mouth near Branscombe.

“At Weston Mouth there was more plastic than I could carry. It’s about a mile from the car park, all downhill in winter mud, which means that when you have sacks full of rubbish to carry back up it’s very hard going!”

It took Jackie approximately two months to complete the work, which is being launched on 24th March, in time for Earth Hour at 8.30pm. Collecting the plastic became a bit of an obsession for her:

“I’ll probably continue to collect plastic even though this project is finished. I won’t be able to go to a beach now without a bin bag! I have also got family and friends involved. Visiting local beaches and seeing all the debris, it’s heartbreaking – especially when you can’t collect it all and you have to leave so much behind. I visited one particular beach three times and only managed to collect a small fraction of the litter.”

Steve Nash, Group Education Manager for the Whitley Wildlife Conservation Trust, the charity that runs Paignton Zoo, Living Coasts and Newquay Zoo: “This is one of a number of initiatives that Living Coasts is involved in. We stopped selling single-use plastic drinks bottles about a year ago – we offer alternatives such as water in boxes, glass bottles and free refills for water bottles. We also run specialist school workshops on plastic and marine pollution. And staff organize beach cleans around Torbay through the year and work with groups like the Torbay Cleaner Coasts Initiative as well.”

The next Living Coasts beach clean is on Saturday 12th May on Preston Beach, Paignton, between 9.00a.m. and 11.00a.m.

Earth Hour, on 24th March, is when millions of people around the planet unite to act for the environment. Many places such as Sydney Opera House, the Eiffel Tower switch off their lights at a given time to mark the occasion. Part of Earth Hour is about making a pledge to tackle an environmental issue. https://www.wwf.org.uk/earthhour?pc=EKN005001 #EarthHourUK. For more information go to www.livingcoasts.org.uk or ring 01803 202470