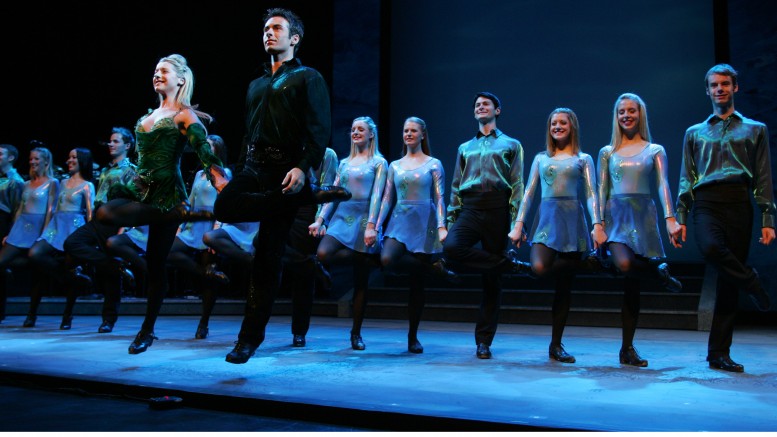 2016 dates mark 21st year of show, with a new generation of dancers

Live Nation is proud to announce that the Riverdance UK Tour of 2016, which marks the show’s 21st birthday, will visit 13 venues across the UK from March 2016 (see over for full dates).  Tickets will go on general sale at 0900 on Friday 2 October 2015 from www.livenation.co.uk or www.ticketmaster.co.uk.  The cast for this tour will feature, for the first time, some dancers who were actually born in the same year that the show first opened; 1995 at the Point Theatre in Dublin!  This is an unmissable chance for UK audiences to reconnect with what the Irish Times rightly described as “The Original…The Best”.  The Washington Post exclaimed, “Its continued popularity proves that it was, and remains, a phenomenon of historic proportions!”

Composed by Bill Whelan, Produced by Moya Doherty and Directed by John McColgan, Riverdance has performed across the UK where it has been experienced by over 2.9 million people in well over 1000 performances and the show has lost none of its magic. The worldwide TV audience for Riverdance is in excess of 2 billion people.

Producer Moya Doherty said, “Twenty one years after the curtains opened on the first show in 1995, we are proud to be still performing all around the world. We always look forward to our dates in the UK and these shows are sure to be very special.  To celebrate our anniversary we have enhanced the production with new lighting, new costumes and a new number. The best of Riverdance with new energy from a stunning young cast of dancers many of whom were not yet born when the show started!”

Riverdance has received rave reviews globally but perhaps the simplicity of The Guardian’s verdict sums it up: “Dance does not often get so good”. Riverdance is a celebration of Irish dance and culture, presented with sophistication and vibrancy.”  The Hollywood Reporter acclaimed, “The sort of spectacle and experience that comes along once in a lifetime.”

This series of dates in 2016 represent a chance for UK Riverdance fans old and new to celebrate an incredible milestone for an incredible show.  Twenty one years after the show first opened, a truly phenomenal piece of theatrical entertainment is back by popular demand.    Truly, Riverdance has come of age!

For a full list of UK Tour dates & to purchase tickets please visit   www.livenation.co.uk or www.ticketmaster.co.uk.