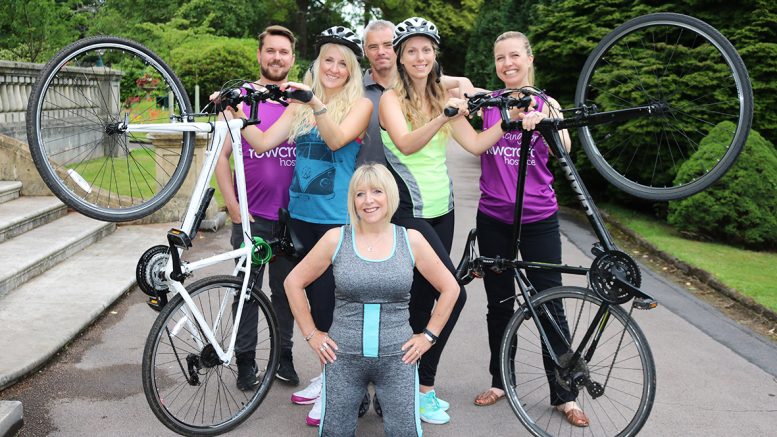 Rowcroft Hospice has announced it is a launching a brand new cycle challenge for fundraisers in South Devon.

The exciting new addition to Rowcroft’s fundraising calendar is named Ride for Rowcroft and invites cyclists to complete a 24km route from Newton Abbot Racecourse on Saturday 1 October.

Daniel Robson, Rowcroft’s Events Manager, says he is thrilled to be offering fundraisers and cycling enthusiasts the chance to support the hospice.

He explained: “Ride for Rowcroft is ideal for people wanting to complete their first cycle challenge, spend a morning cycling through the countryside with friends or attempting to beat a personal best.

“The route snakes up from Newton Abbot Racecourse through Bovey Tracey to Chudleigh Knighton and back to the Racecourse via the Stover Trail, combining tarmacked roads with country lanes and a surfaced cycle path for speed, variety and stunning views.

“The challenge is ideal for beginners and intermediates alike!”

Daniel advises that all participating cyclists must be confident riding on roads with traffic. He said: “In order to take part all cyclists must wear helmets, be confident cycling on potentially busy roads and have lights fitted to the front and rear of their bikes.”

All those who take part are also asked to raise funds to help make every day the best day possible for people living with life-limiting illnesses in South Devon.

Jude Shears’ Mum was cared for by Rowcroft: “The moment Mum was admitted to Rowcroft you could see her whole demeanour change; she was relaxed. At the hospice we laughed, had coffee and chatted about anything.”

Entry to Ride for Rowcroft costs £20 per person but sign up before Wednesday 31 August using discount code RIDE16 for the reduced price of £15 per person.

All those who successfully complete the challenge will be awarded an exclusively designed medal and receive a well-earned bacon bap. For more information visit www.rideforrowcroft.org.uk today.