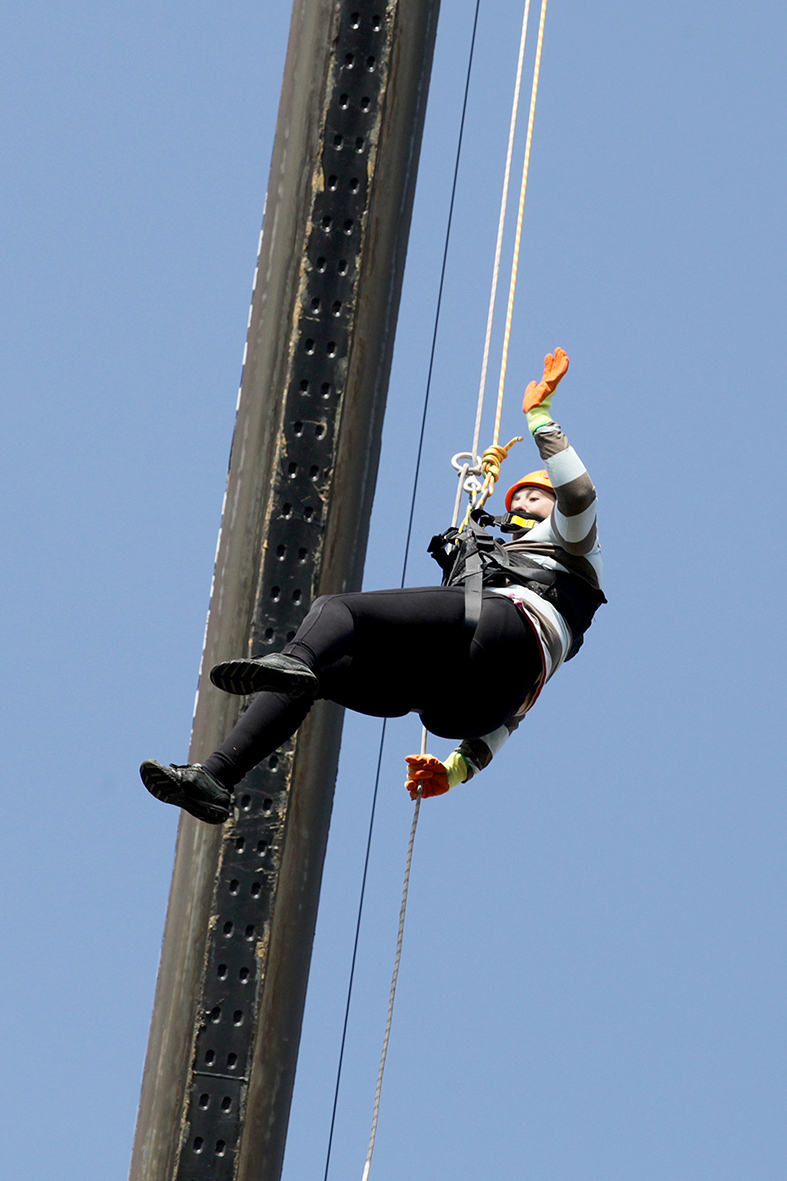 Rowcroft Hospice is renewing its invitation for thrill-seeks to face their fears and complete a 150ft abseil off the side of a crane to raise money for people living with life-limiting illnesses in South Devon.

Adrenaline-fuelled challenge, Over the Edge ‘The Drop’, takes place in the grounds of Rowcroft Hospice on Saturday 7 April 2018.

The abseil is returning for a second year after its sell-out success in 2017.

Stewart Molyneux, Rowcroft’s Events Manager, said: “Do you have what it takes to descend from a crane poised 150ft high in Rowcroft’s grounds? If so we have a limited number of places left for anyone over the age of 12 who dares to take part.”

Sam Owen, who bravely survived the descent last year, said: “To tell the truth I’m a real adrenaline junky and love a challenge so it was great to take part in this event for Rowcroft and help raise vital funds and awareness.

“In fact I enjoyed it so much – including the view from the top – that I’ve decided to take on ‘The Drop’ again this year…and can’t wait!”

This year the event has been made more daring for participants with an added 50ft height, making the crane abseil one of the highest in the UK.

Stewart added: “We are excited to see the event back and bigger than ever and would like to encourage those interested in taking part to register ASAP!

“Entry costs £15 for 12-15-year-olds and £25 for adults. This registration fee will cover the cost of us organising the event, so whatever our fearless fundraisers raise in sponsorship will go directly towards helping our patients and their families make the most of every moment they have together.

“Last year Over the Edge – ‘The Drop’ received an astonishing amount of support from the local community and we’d like to thank all those who took part.”

Do you dare to face you fears? Sign up now for Rowcroft’s Over the Edge – ‘The Drop,’ visit www.rowcrofthospice.org.uk/over-the-edge.

Attached is a photo of Sam Owen who survived Over the
Edge – ‘The Drop’ in 2017.