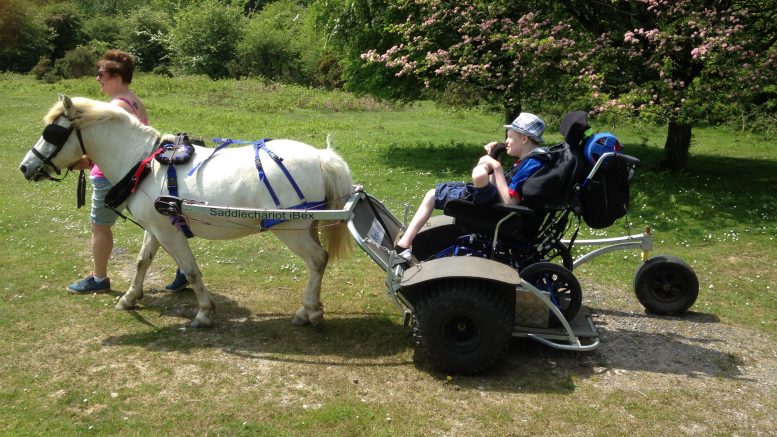 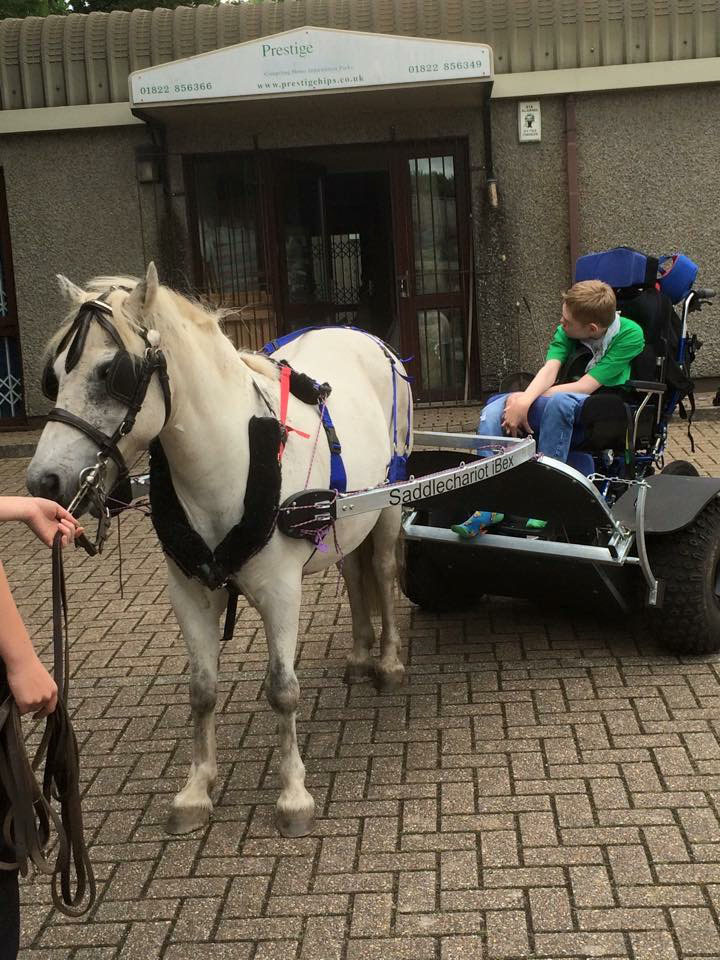 Mare and Foal Sanctuary rescue pony Rupert has won a national award for transforming the life of a teenager who suffers from a rare form of epilepsy.

The grey moorland gelding was shortlisted in the Rescue Pony of the Year category of the 2019 Carriage Driving Awards and he beat three other rescue ponies to the title.

Rupert was just six months old when he was callously dumped along with 14 other young colts who had failed to sell at a local market.

When he first arrived at the Sanctuary Rupert was in such a terrible condition, with an eye infection rendering him nearly completely blind, it was touch and go whether he would make it.

But following months of rehabilitation and gentle training he was ready to find a suitable home on the Mare and Foal Sanctuary’s rehoming scheme – with horse lover Caroline Furse and her son Ben, who was coping with more than 30 seizures a day caused by a rare form of epilepsy called Lennox Gastaux Syndrome.

Ben’s mum Caroline had always owned horses and knew first-hand the amazing effect they can have on children struggling with conditions like autism, epilepsy and Asperger’s syndrome.

And when Ben became too large to ride Rupert, Caroline knew she had to do something to maintain their close bond.

So, she organised a fundraising drive to have a harness and trap specially designed so Ben’s wheelchair would fit straight on – and now the pair can regularly be seen on the lanes around their home near Yelverton.

And were over the moon when Rupert was announced as Rescue Pony of the Year.

Caroline said: “It was such an honour to attend the awards and when they announced Rupert was the winner, I couldn’t hold back the tears.  Rupert has changed Ben’s life for the better – he is a pony in a million.

“Ben has learning difficulties which makes him unable to walk or talk and Rupert really takes care of him. They are so happy when they’re together. I don’t know what we would do without him. This award is the icing on the cake.”

Scarlett Moon who works to promote the charity and its rehoming scheme said: “We’re delighted that Rupert has won this award – shining a light on the positive connection that horses, ponies and people can have.”

The recue pony category was sponsored by equine charity, World Horse Welfare, and was presented by longstanding volunteer and Riding for the Disabled coach, Kim Tilbury.

She said: “I am passionate about equine rescue and I’m often inspired by their ability to assist the lives of those less able, so I was delighted to present the award to Caroline on behalf of Rupert – a well-deserved win for him and his young carer.”

Other categories at the awards included Driving for the Disabled Group of the Year; the Pride of Carriage Driving Award and Groom of the Year.