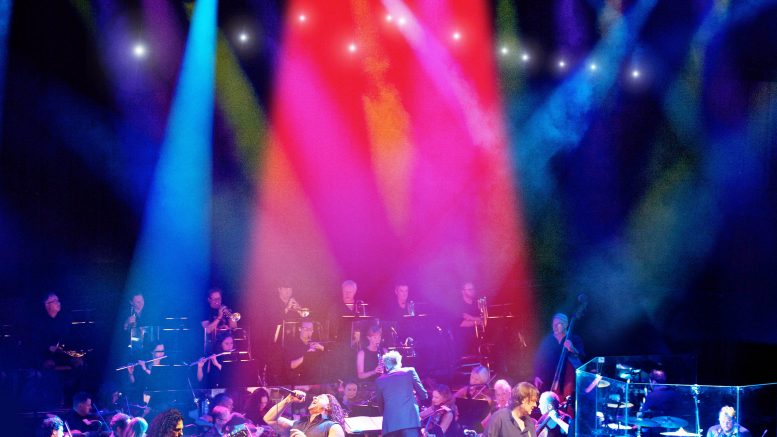 From the raw, metallic blues of Whole Lotta Love to the epic Stairway to Heaven and the sheer exhilaration of Kashmir, Led Zeppelin Masters celebrates the timeless musical legacy of Jimmy Page, Robert Plant, John Bonham and John Paul Jones with a no-holds-barred concert performing the masterpieces of Led Zeppelin.

Fronted by powerhouse vocalist Vince Contarino and bolstered by the breathtaking might of the thirty-five-piece The Black Dog Orchestra, Led Zeppelin Masters features no fewer than eighteen Led Zeppelin classics.

Vince said, “After the huge success we’ve enjoyed touring Stairway To Heaven: Led Zeppelin Masters in Australia, we are incredibly excited to finally bring this show to the UK, the home of Led Zeppelin.”

The eight-date tour will begin at Manchester’s Bridgewater Hall on Tuesday, 18th April, and end at Plymouth Pavilions on Thursday, 27th April.

Don’t miss this explosive celebration of the music of Led Zeppelin in one of the most ambitious concerts ever to meet the stage. Way, way down inside, you need it!

The list of full tour dates is as follows:

Tickets are on sale now, available from www.ticketmaster.co.uk