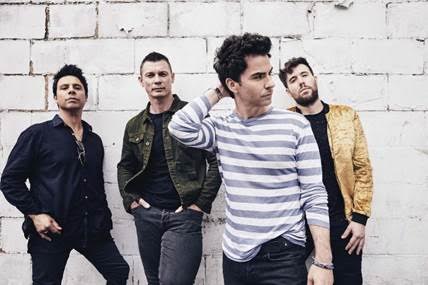 The return of Stereophonics gathers pace as they share the new track ‘Caught By The Wind’ together with its accompanying video. The track is the second to preview the October 27threlease of their new album ‘Scream Above The Sounds’ after its lead single ‘All In One Night’ was premiered by Chris Evans on BBC Radio 2.

When ‘Scream Above The Sounds’ first started to take shape, frontman Kelly Jones began to write “big, anthemic songs” that deliver a positive message in a time full of unrelenting negative news. A strident, melodic rush in the finest of Stereophonic traditions, ‘Caught By The Wind’ is the most striking example of that approach, but the whole collection is permeated with positivity. “Every song offers a sense of release,” says Jones. “Even when there’s nostalgia, fear or anxiety, they’re still all offering hope and room to manoeuvre.”

‘Caught By The Wind’ has been launched alongside a dynamic performance video which was directed by Joe Connor (Coldplay, The Maccabees, Elbow).

‘Caught By The Wind’ is the opening track on ‘Scream Above The Sounds’ which was primarily recorded in the band’s HQ in west London with a further session at RAK Studios. Created with the help of regular collaborator Jim Lowe, it’s an album in which creative sonic touches add to the band’s emphasis on songwriting and melody.

‘Scream Above The Sounds’ will be released on digital (standard & deluxe), CD (standard & deluxe) and vinyl LP formats. It’s available to pre-order from http://www.stereophonics.comwith ‘All In One Night’ and ‘Caught By The Wind’ provided as instant downloads.

After recent festival headline performances at Kendal Calling, Y Not and Victorious, Stereophonics will play BBC Radio 2 Live In Hyde Park this Sunday.