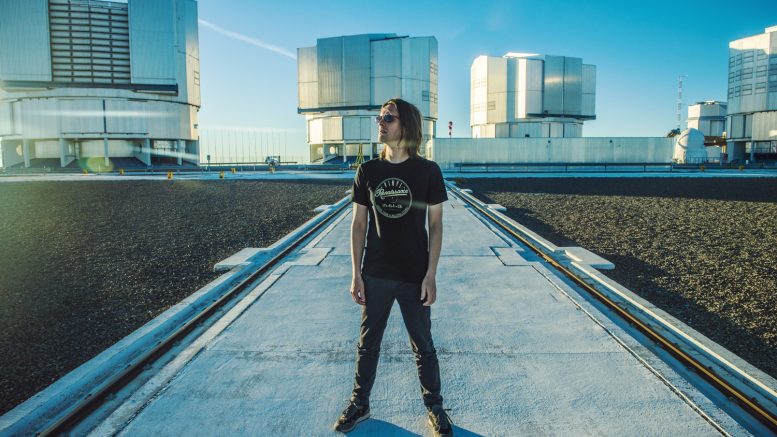 “Once we’ve made sense of our world, we want to go and f*ck up everybody else’s, because his or her truth doesn’t match mine…”
To The Bone, opening dialogue

Twenty something years ago – around the time that the first records bearing Steven Wilson’s name began attracting critical interest – the big message in rock’n’roll was that modern life was rubbish. Soundtracking a politically grey country stuck in a technological rut, popular music seemed to echo the underlying thought of the time. Something’s got to change.

Fast-forward to the second decade of the 21st century. Politics are in a state of self-inflicted turmoil; the connective technology that was meant to free us has become weaponized. It’s like everybody’s got the start of the millennium psychosis blues and modern life is out of control.

With that in mind, how should music in 2017 react to the flux and uncertainty of the here and now? If you’re Steven Wilson – now unarguably the UK’s biggest underground artist – the response is less about trying to make a state of the nation address and more about holding up a well-polished mirror to reflect back the chaos.

Lyrically, the eleven tracks on Steven Wilson’s fifth album To The Bone tackle such era-defining themes as everyday fanaticism; self-loathing caused by the pressures of online life; displacement by war and the hope that we try to pass on to future generations. Musically, the whole thing sparks and flashes in arcs of glorious colour, fusing driving futurist rock and spectral electronics to elegiac hyperspace ambience and dizzying squalling guitars. 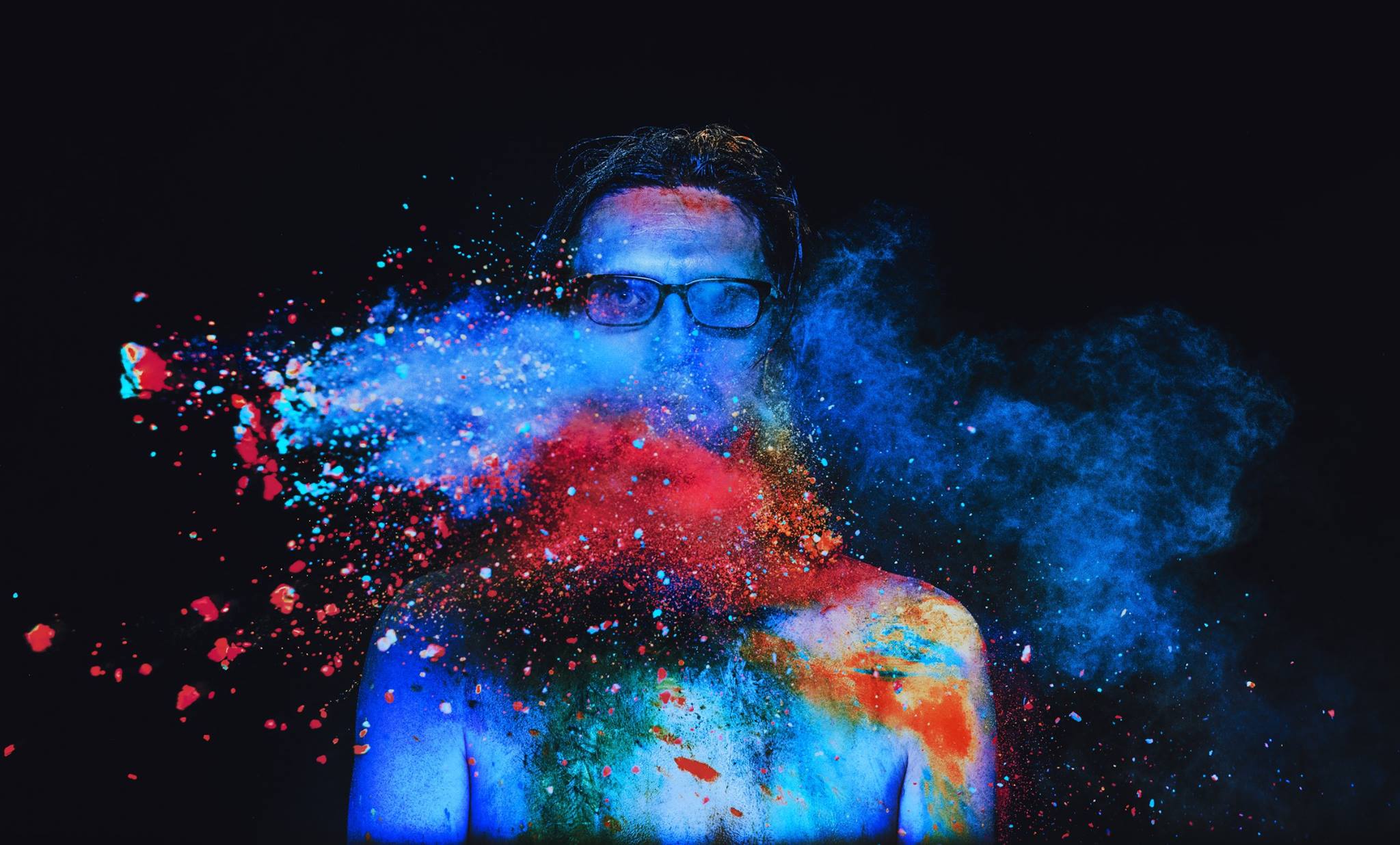 Co-produced by Paul Stacey (Oasis, The Black Crowes), To The Bone is a bold, forward-thinking rock record. From the thunderous swampy rhythms of the album’s titular opener and the glimmering, stratospheric climb of Nowhere Now through the album’s two tales of unstinting home grown fundamentalism (People Who Eat Darkness, Detonation) via the gorgeous, acoustic break-up narrative of Blank Tapes and Pariah’s volcanic coda, the record presents eleven of Steven’s most concise, tightly melodic songs to date.

“This album has a much stronger pop sensibility than anything I’ve done before,” says Steven. “But I wanted to make a pop record that you could still engage with on a deeper level, whether that’s though the lyrics, the musicianship, or the layers in the production. I don’t hear too many records like that these days.”

For anyone who’s followed Steven’s career since the early ’90s – four times Grammy nominated, the founder and front man of adored outsider rock band Porcupine Tree; as a remixer for acts like Roxy Music, Simple Minds and XTC or as a self-sufficient solo artist, hugely respected for a series of visionary LPs starting with 2008’s Insurgentes – To The Bone might sound like a departure. In fact, it’s a lovingly crafted paean to the progressive pop records that heavily influenced the formative years of his youth.

“People generally think my music is rooted in the ‘70s but really I came of age in the ’80s, and grew up with post punk, new wave and Trevor Horn’s productions. Recently I found myself going back to listen to albums like So by Peter Gabriel, Hounds of Love by Kate Bush, Tears for Fear’s Seeds of Love and Talk Talk’s Colour of Spring. They were mainly made by musicians who’d come out of the crucible of innovative, experimental ’70s music but still wanted to write great songs that people could hum on the bus. They’re unapologetically accessible but with not even the slightest sense of dumbing down, they have a huge sense of ambition. And for me the more ambitious they were, the more I loved them.”

While 2015’s masterful Hand. Cannot. Erase. immersed the listener in a singular theme (the bleak true story of Joyce Carole Vincent), To The Bone takes multiple different paths to reach one central conclusion.

“If there’s an over riding theme to the record, it’s, ‘what a f*cked up world we live in’. That said, in a broader sense I think pretty much everyone is writing about that these days. If you’re someone that thinks even slightly about the state of the world you’re living in, it’s impossible not be affected by what’s going on right now.”

With lyrics by one of Steven’s cornerstone inspirations – XTC’s Andy Partridge – the album’s opener and title track takes its inspiration from the Oxford Dictionary’s word of 2016: post-truth.

“To The Bone touches on the nature of truth, about how it recent times it has become a flexible concept. That should be an oxymoron – it’s absurd to suggest that it can be open to interpretation, truth should be an absolute. But that’s exactly what has happened, so the song talks about trying to get to the core of what actual truth is – and when you get there, what are you going to find? The spirit of that track sets the tone for the whole record.”

Elsewhere, the horrifying spectre of terrorism in everyday situations hangs over two of the album’s most ferocious tracks.

“People Who Eat Darkness is about living next door to a terrorist – someone who you pass on the stairs, on the school run, or while they’re taking out the bins, but then you’ll find yourself on the news after that same person has perpetrated a gun or terrorist attack, saying ‘He always seemed so pleasant, quiet and ordinary.’ From the flip side, Detonation is about someone justifying hate crime through religion. The opening line, ‘Great God, I don’t believe in you; but still I will do what you want me to’ is about that guy that walked into a gay club in Orlando with an automatic weapon last summer.

Even though he shouted ‘Allah Akbar’ (‘God is Great’) while he was killing people, it transpired he’d had no contact with any fundamentalist group, so religion was just an excuse for him to justify his own deep-rooted irrational prejudice and hatred. Those two songs connect back to that idea of truth being a flexible concept too – those people have engineered their own reality to support their skewed logic.”

To The Bone’s rays of light come from Nowhere Now and Permanating (where each track looks back at the Earth from outside the exosphere, “seeing the beauty with all the depressing shit removed, seeing the great in the small”) and the album’s closing track, Song of Unborn.

“I wanted to write something from the perspective of an unborn child who’s looking out from the womb at the wreckage of modern civilization and thinking to itself; why would I want to be born into this place? And the answer is, “You have the chance to do something extraordinary, the arc of your life can be profound, it’s all about how you use the gift of your life. I think these songs stop it being a really depressing record!”

Far from being a desolate experience, To The Bone is a hugely exhilarating collection of songs. Like those inspirational records of the ’80s, it loses none of the scope of the artist’s previous records. Instead, like them, it hones myriad ideas into a collection of perfectly formed modernist pop songs, finding order, hope and melody in the chaos of the present.