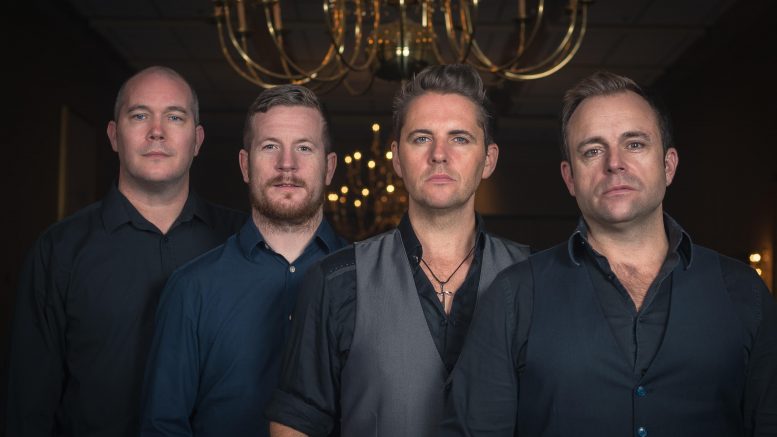 The High Kings, the true heirs of Ireland’s Folk Heritage, are delighted to announce the first UK shows on their DECADE – The Best of The High Kings, 10th Anniversary Tour in March 2018. The dates will feature new member George Murphy, who was drafted into the band late in 2017 following the departure of original High King, Martin Furey.

The November release of DECADE – Best of The High Kings has been greeted with record sales on both sides of the Atlantic, entering the Irish Independent Album Chart at #1 and staying there for 3 weeks, and earning a very credible debut chart position in the Billboard World Music chart at #15.

The DECADE World Tour began in Ireland in early December 2017 and will run until the end of April 2019, taking in stops in every major territory in the world.
The new live show will showcase fan favourites from The High Kings extensive catalog from the past ten years and will feature some new additions too.

Early booking is advised for all shows which will go on sale at 10am on Friday 16th February.

Speaking from High Kings HQ in Dublin, Finbarr Clancy today said ‘After ten years with The High Kings, we are delighted to say we have achieved what we set out to do back in 2007 – we have moved the Irish ballad tradition to the here and now, and we are deeply honoured to become the bearers of the torch which has been borne with such power and dignity over the past half century by The Clancy Brothers and The Dubliners’ . . .

To say that The High Kings are charting a new course for Irish ballad music – equal parts rousing and reflective, energetic and insightful – is an understatement. They are, essentially, marking out a new and bright era for Irish folk music. This story will evolve for the next Decade . . . 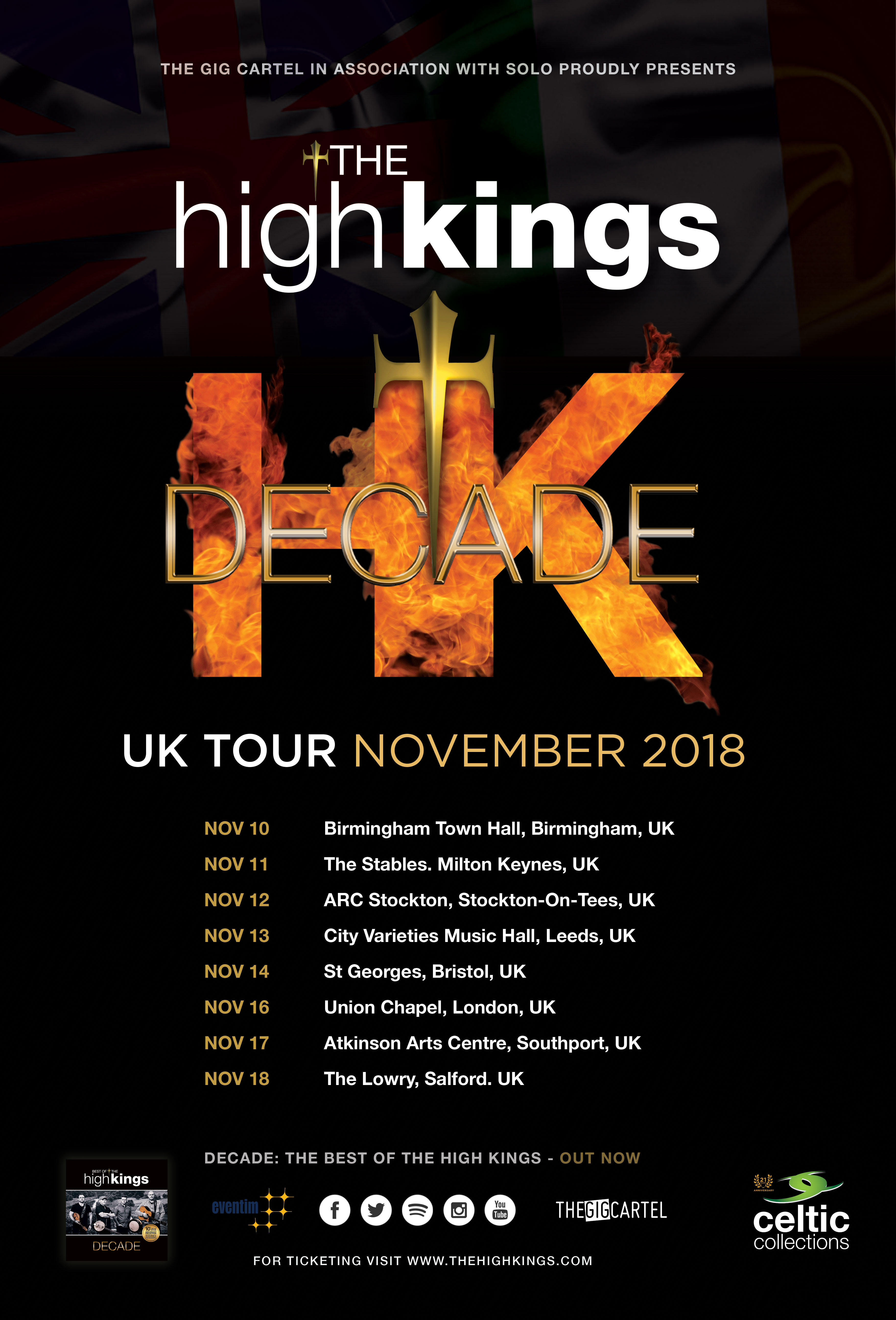