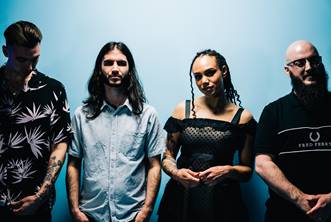 Drawing on influences as sprawling as Bad Brains, Popcaan, No Doubt, Alton Ellis, Wiley and Weezer, ‘Swimming Lessons’ deals with crushing heartbreak, the impending doom of Brexit, surviving as an independent musician and navigating the weird world of 2019 – all of these are proverbial “swimming lessons” life throws at us. Lyrically their darkest and most introspective release to date, ‘Swimming Lessons’ takes its inspiration from reggae, soul, dub, punk, ragga and rap. The Skints have a knack for fusing different genres of music that strike an accessible chord with a political, personal and philosophical message. From 8 Bit-influenced dancehall to sound system shaking dub, melodic grunge to harmony laden soul, ‘Swimming Lessons’ boasts collaborations with three of Jamaica’s brightest roots stars of today; Protoje, Runkus and Jesse Royal. Listen to ‘Swimming Lessons’ here 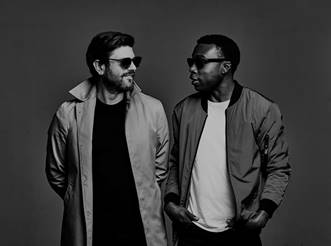 Nearly a decade since their last record, Jay Malinowski and Eon Sinclair better known as duo BEDOUIN SOUNDCLASH, return with their fifth studio album ‘MASS’, to be released 4th October. While pulling from their old catalogue of eclectic post-punk world-beat tendencies, the band journeys further into New Orleans jazz, afro-pop, electronic and gospel on their latest offering, reflecting a creative rebirth influenced by the cities and musicians that surrounded them.

Mirroring the magnetic energy of New Orleans, ‘MASS’ is a dense sonic journey that incorporates an impressive array of musical influences including Big Band swing to New Orleans jazz, pop, electronica, and more. From the post-punk-soca of album opener ‘Salt Water’, the jangling Big Band swing-pop of recent single ‘Clockwork’, to the Talking Heads-channelling ‘When We’re Gone’, and the dubbing afro-pop gospel of ‘Holy’ that features Mike Dillon distorting his marimbas into another sonic dimension, ‘MASS’ is jam-packed with infectious melodies and summery feel-good vibes. Listen to ‘MASS’ here