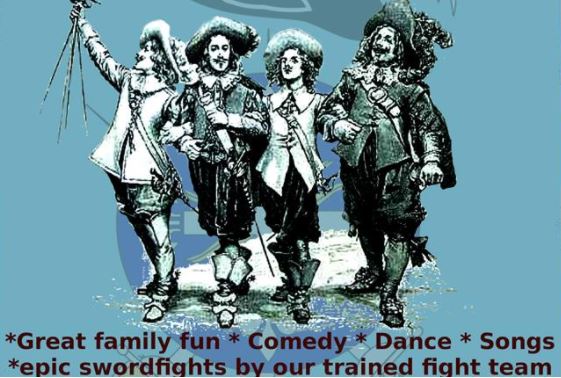 The Three Musketeers is an action packed, family pantomime, touring in Jan 2018. Based on the classic swashbuckling novel by Alexandre Dumas, this panto tells this classical tale set in the 17th Century French royal court, and how a young man from the country joins the royal guards, while foiling a plot to depose the King, with plenty of laughter, dance, song, – and epic sword fights from our trained fight team.