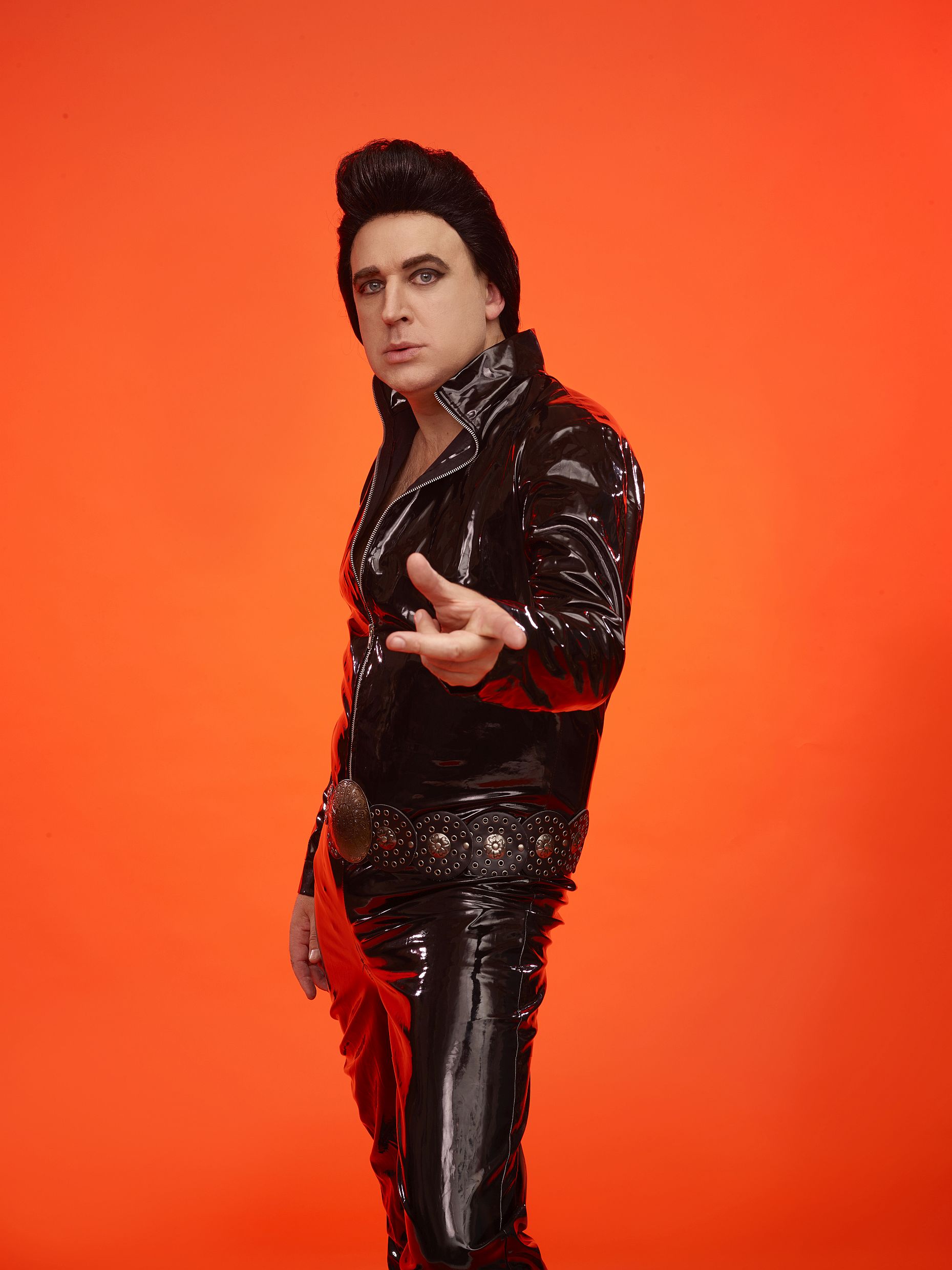 A Unique Tribute to a Legend

This is it, people. The moment has arrived. Following a one-off, sell-out show at the Edinburgh Festival Fringe, Tim Vine is bringing Plastic Elvis to your town.

Backed by an amazing five-piece, The High Noon Band, Plastic Elvis will shake, smoulder, and try to control his hair. In the end, he’ll break your heart as he belts out some of the King’s greatest hits. With special guests John Archer as Big Buddy Holly, and songwriting legend David Martin (who wrote four songs for the real Elvis). Tim says: “This isn’t a stand-up show, but a concert dedicated to my favourite performer. When I was eleven years old, I would stand in front of my bedroom mirror and mime to the whole of 1972’s Elvis: As Recorded at Madison Square Garden album. This is a tribute act that is forty years in the making. Well, the waiting is over. It’s time to go public.”

Warning: this show may contain moves that even Plastic Elvis himself isn’t expecting.

Tim Vine is a comedian who has performed numerous sell-out shows in the UK and beyond. His six stand-up DVDs include the latest tour Sunset Milk Idiot, which came out at Christmas. His vast wealth of material has been preserved in books such as The Biggest Ever Tim Vine Joke Book and The Tim Vine Bumper Book of Silliness. He has also won Best Joke at the Edinburgh Festival Fringe, twice. Recently, he has been seen on BBC1 in Tim Vine Travels Through Time, on ITV hosting the quiz Football Genius, and on Dave in Taskmaster series six. He hosts the Tim Vine Chat Show on BBC Radio 4, interviewing members of the audience and continuing to prove that not everyone has a story. His new YouTube channel, Tim Vine Televisual (TVTV), serves up nonsense every Monday.