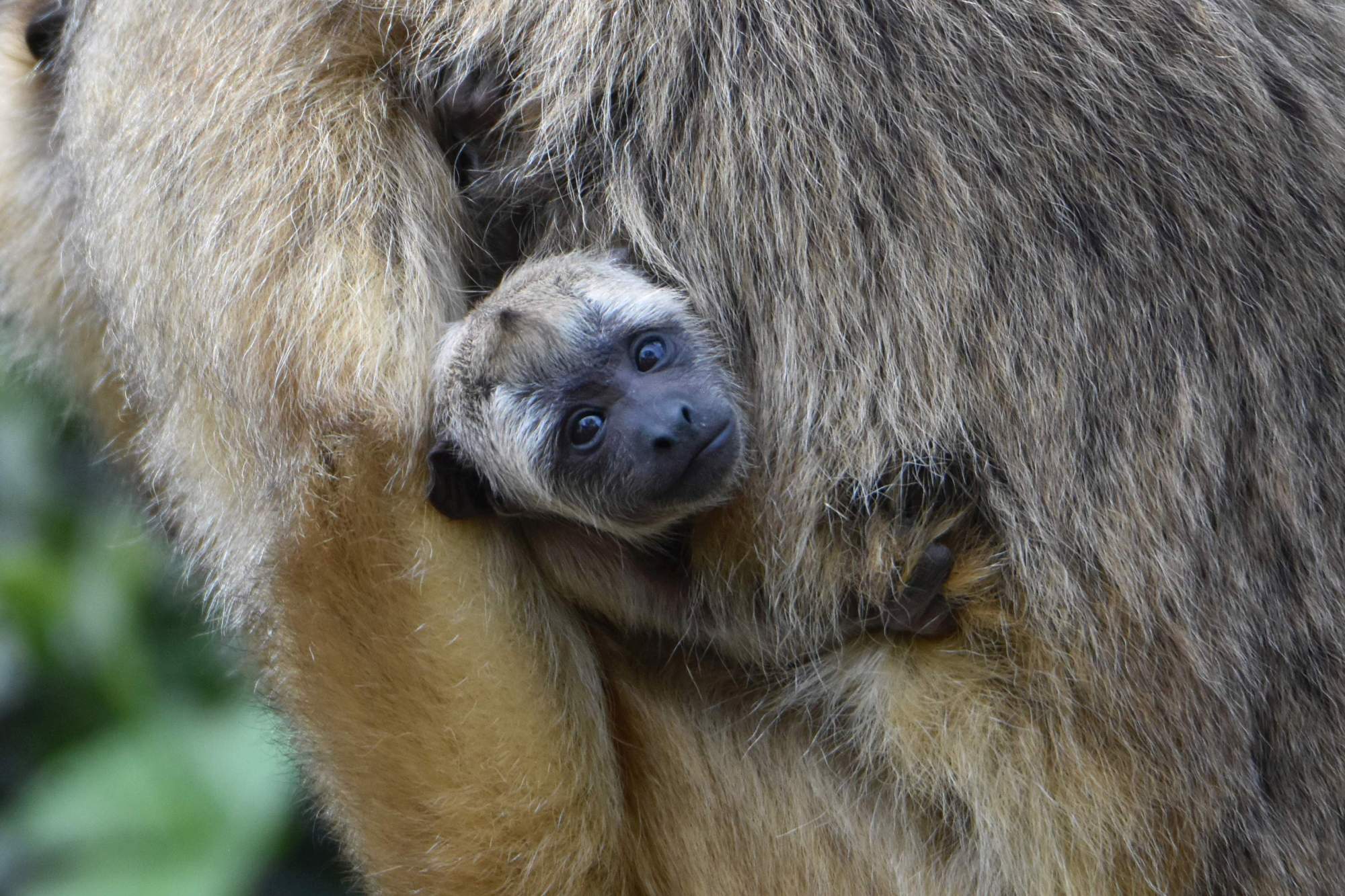 You just have to accept that some babies will make a noise – but this one is guaranteed to be loud… This sweet little face belongs to one of the loudest animals in the world – a howler monkey.

Paignton Zoo’s howler monkeys are parents Bonita, who is nearly 11, and Archie, who’s 7, as well as Millie, who is 20 years old. And now this, as yet unsexed and unnamed, youngster, photographed by Paignton Zoo regular Chris Rockey.

They are named for – and are famous for – their calls. Commonly heard at sunrise in the forests of South America, they produce a very different dawn chorus to the one we’re used to in this country. The call might well be described as a roar or a bark rather than a howl; it’s used to announce a troops’ position to help avoid conflict with other groups. Howlers can be heard up to 3 kilometres away through forest and 5 kilometres over water.

Which is not to say the new arrival will be keeping half of Paignton awake this summer; they don’t develop their full call until they are around 4 to 6 years old.

The black howler (Alouatta caraya) is a large New World monkey found in parts of Argentina, Bolivia, Brazil and Paraguay. Only the adult male is ever totally black; adult females and juveniles of both genders can vary from whitish to buff-yellow. They use their strong prehensile tail as a fifth limb. Paignton Zoo Environmental Park is a registered charity. For more information go to www.paigntonzoo.org.uk or ring 01803 697500.