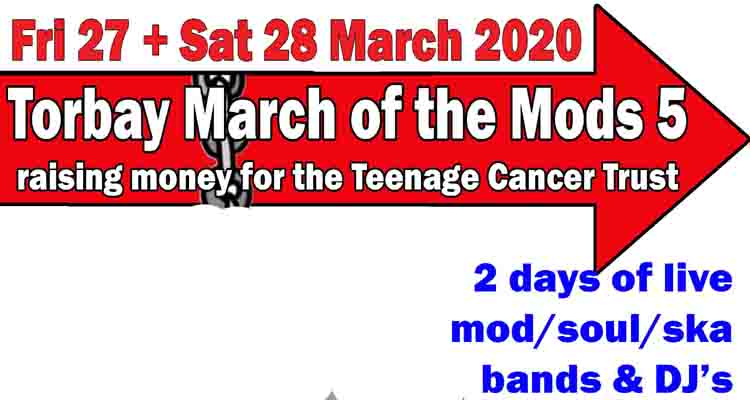 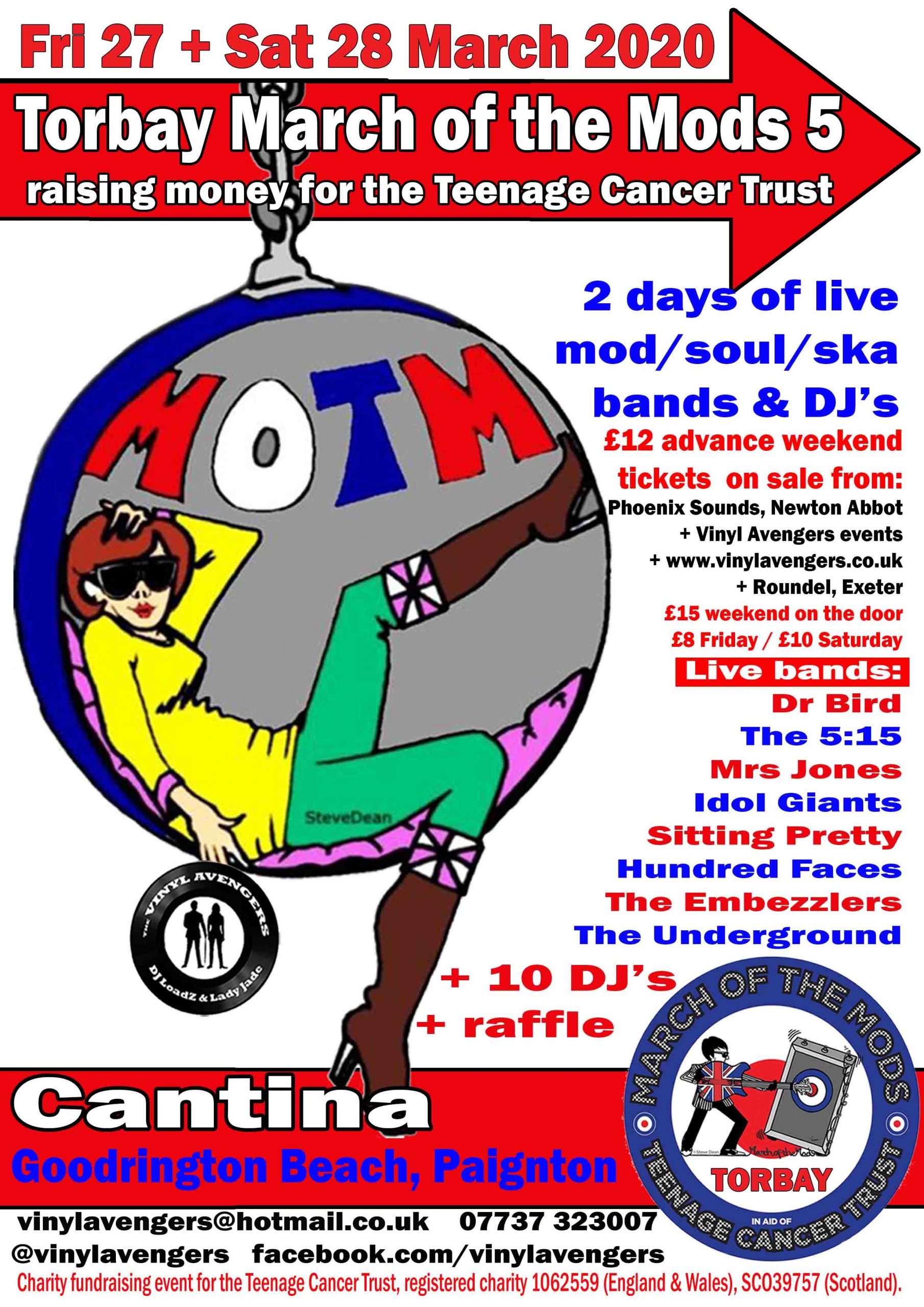 Dancing, scooters, sharp suits, 60’s dresses, next to the beach!

The event will be taking place Fri 27 (6pm-midnight) & Sat 28 (2pm-midnight) March 2020 at Cantina, in Youngs Park, Goodrington, Paignton,  Devon, UK. A large, friendly, venue next to the beach. We will have professional sound and lighting provided by NLS.

Tickets are £12 (adv) for the whole weekend  or £8 Friday, £10 Saturday, £15 wknd  on the door.  Tickets are available from Vinyl Avengers events, vinylavengers@hotmail.co.uk & Phoenix Sound record store, Newton Abbot.  (100% of the ticket money goes to the Teenage Cancer Trust)