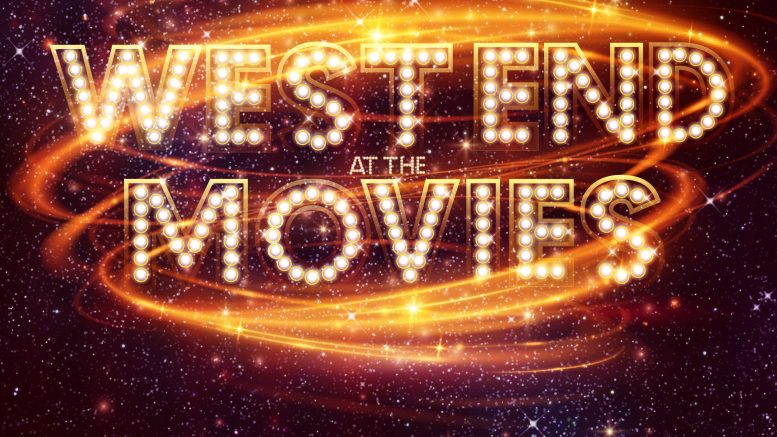 If you are passionate about music, love the magic of watching an epic musical on the big screen and enjoy the wonder of theatre, then the all new show, produced and directed by Colin Matthews, at the Babbacombe Theatre, Torquay, West End at the Movies, will be something you will not want to miss.

Running weekly, every Thursday at 8.15pm from the 3rd May until the 4th October, there are extracts from 30 musical scores, with songs written by great lyricists, performed eloquently by seasoned artistes.

The oldest show featured, opened on Broadway in 1927, which incidentally is also the year, the very first musical film was released at the cinema. Subsequently the motion picture followed 9 years later. The newest musical, starring Jack Black was released on screen in 2003 and opened as a stage musical in 2016. Both shows, Showboat & School of Rock were nominated for, and won numerous awards. Albeit at the time Showboat opened there were no stage awards, it was later when the show was revived in the 1990’s that it won both Tony & Olivier Awards. The School of Rock, won their awards in 2017.

It is usual for a musical stage show that shares its title and music with a film, to have been released first in a theatre, if not on the West End then on Broadway. However, 10 of the musical scores being celebrated by the cast in West End at the Movies made their debut on the silver screen. If you are a musical fan, you may know from this list of musicals, which came first, the film or the Stage show? The Producers, Mame, Fiddler on the Roof, Dreamgirls, Grease, Strictly Ball Room, Les Misérables, Chitty Chitty Bang Bang and Fame are a selection of the shows, celebrated and performed on the Babbacombe boards, by the remarkable cast of 10.

Host and compere, Andy Oakley usually connects with the crowds by making them laugh, he is a versatile comedian, who can deliver a song as well as a joke. For some years he has been a firm favourite with Babbacombe audiences. Andy will prove his adaptability as he performs one of musical theatre’s most iconic songs, albeit he may come across as a bit Posh too. Other cast members that will be hitting the high notes are, dream girl, Lisa T. Jordan, Stars in their Eyes songstress, Debbie Farrell, international vocalist Jodie Cooper, actor and seasoned performer, Darren Lake, Noteable duo, otherwise known as Barry Elmer & Luke Sampson, Sami-Jane who is as adept at interpreting a pop song as she is the most opulent of arias, and the multi-talented Wayne Martin whose commitment to entertaining you is only surpassed by his enthusiasm.

They are joined by our special guest, Lily Laight, although only 16, she has a wealth of experience. Lily appeared with the original cast of Matilda on London’s West End, on TV in Doc Martin and in 2014 hit the headlines worldwide when the movie, Love Rosie went on release.

West End at the Movies is a musical journey that will leave you in awe as well as a little star struck by some of the greatest show songs ever written, including a beautiful number from Carousel, which won the accolade of being voted the Best Musical of the 20th Century. Add to that the skilful choreography of Sadie Oliver and exciting musical arrangements of Pete Leonard, you are assured of a memorable evening. 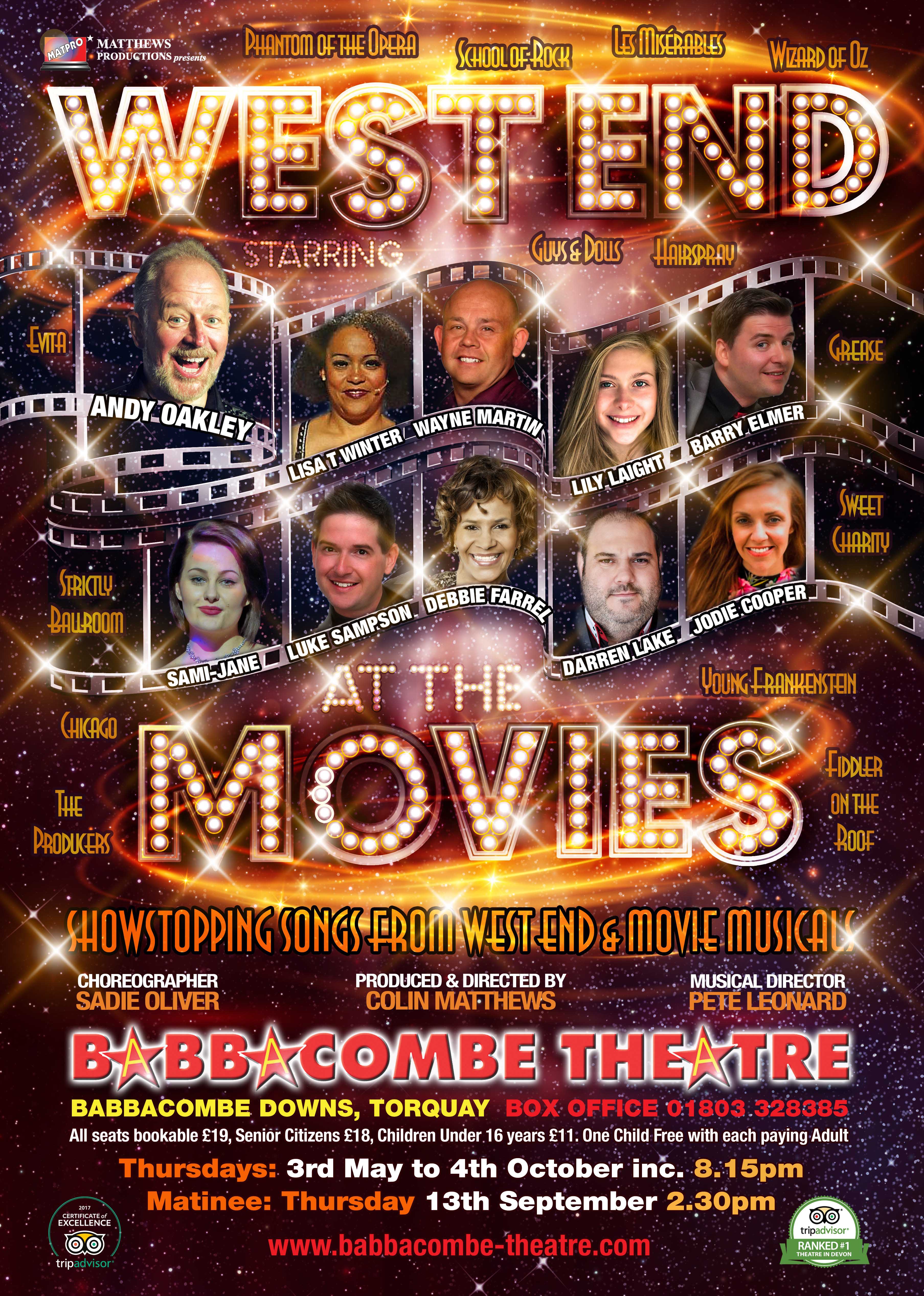