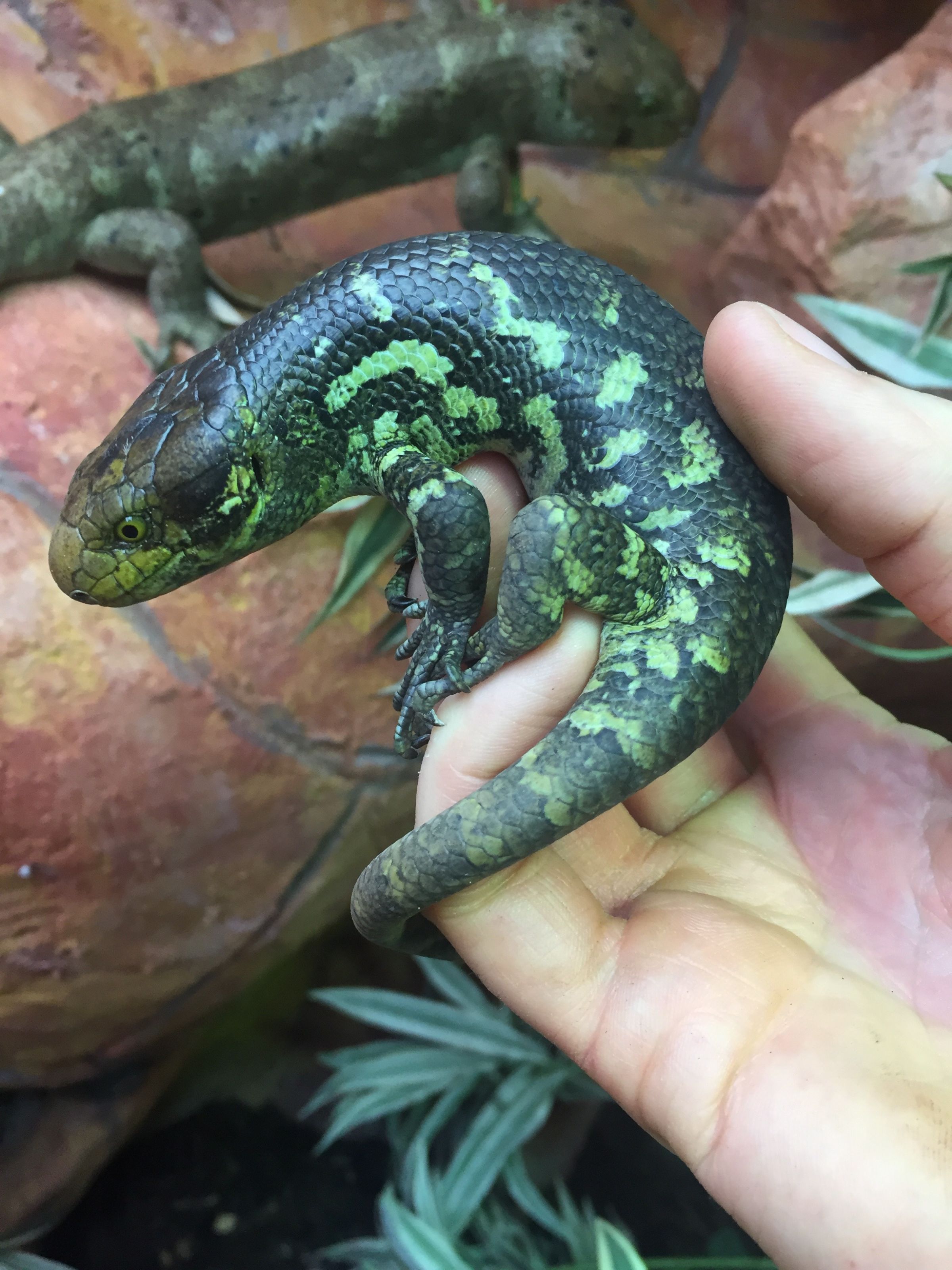 For a start, it’s the world’s largest skink. A skink is a type of lizard – the word is from the Greek and referred originally to lizards in that part of the world. It’s one of the few reptiles known to live in a social group (called a circulus). It gives birth rather than lays eggs – that’s also unusual. And females are fiercely protective of their babies, which is a rare trait in reptiles.

Keeper Dr. Katy Upton: “This is a great achievement. They are pretty special in that the mother and the rest of the group will protect and look after the juvenile as it grows. We checked the baby, it’s doing really well and is feeding normally.”

The Solomon Islands skink reproduces after a gestation period of six to eight months. The new-born is large – in fact, experts have compared it to a human mother giving birth to a six year–old. Almost all births are single babies – which is perhaps just as well for the mother…

Like snakes, the skink smells by flicking out its tongue. They are territorial, herbivorous and live in trees – which is why deforestation is such a concern. Curator of Lower Vertebrates and Invertebrates Luke Harding: “Logging is a serious threat to this species. Skinks are also caught for food and the pet trade. They now have protection under CITES appendix II.

“Other people keep this species but are unable to breed them. We provided them with a complex environment, the correct diet, the right heating and lighting and good seasonality. All these things – plus our experienced and dedicated keeping team – make a difference and contribute to why we have now been successful with the species and have a healthy youngster.”

The Solomon Islands skink (Corucia zebrata) comes from the Solomon Islands archipelago in the South Pacific. Youngsters will stay in their groups for a year or more, protected not only by their parents but by other unrelated adult skinks, too. They can live for twenty-five to thirty years.

Paignton Zoo is home to four adults, all six or seven years old. Mother and baby, along with the other adults, can be seen in Reptile Tropics. Paignton Zoo Environmental Park is a registered charity. For more information go to www.paigntonzoo.org.uk or ring 01803 697500.